SEOUL, Oct. 2 (Yonhap) -- A Seoul court has conditionally approved another drive-thru anti-government rally planned by conservative protesters for this weekend, sources said Friday, in a fresh setback to the Seoul municipality's push to ban them to stop COVID-19 transmission.

The Seoul Administrative Court's decision cleared the way for the protesters to hold an afternoon drive-thru rally in Seoul on National Foundation Day on Saturday. The ruling followed the court's earlier approval of a similar rally involving less than 10 vehicles.

The court, however, set forth a series of conditions, such as allowing only one person in a vehicle, banning the opening of car doors and the chanting of any slogan during the rally, abiding by traffic rules and dispersing immediately after the rally.

In its approval for the rally, the court said a small-scale rally involving less than 10 people has low risks of virus transmission and might not seriously impact traffic conditions on the designated route of the rally.

The protesters plan to stage their rally on a route that includes the neighborhoods of former and current justice ministers whose prosecution reform drive has faced continued attacks from the conservative camp. 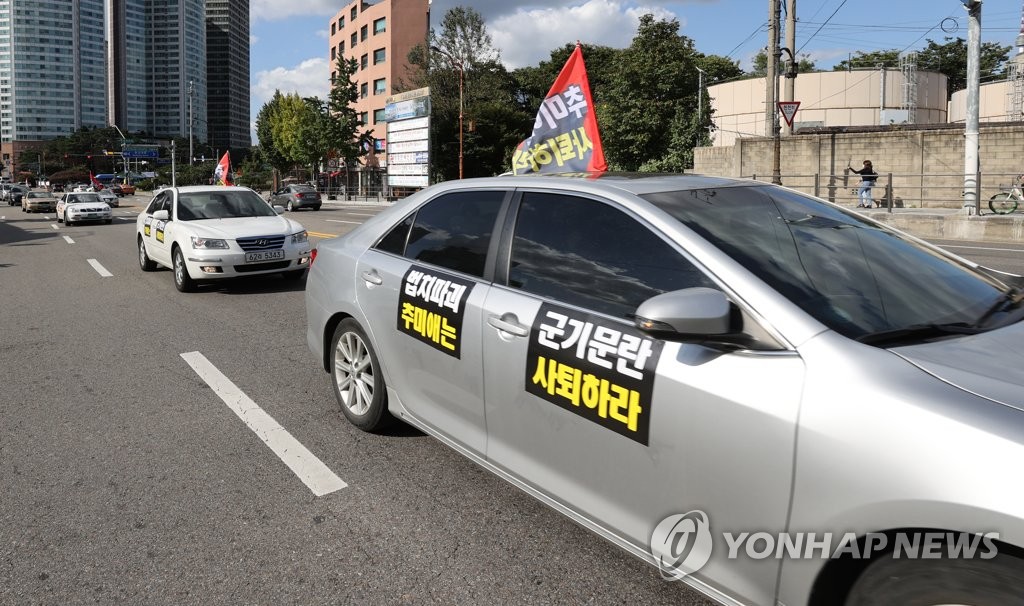