SEOUL, Oct. 3 (Yonhap) -- Conservative groups held drive-thru anti-government rallies in southern Seoul on Saturday, a national holiday, amid concerns about the spread of the new coronavirus. 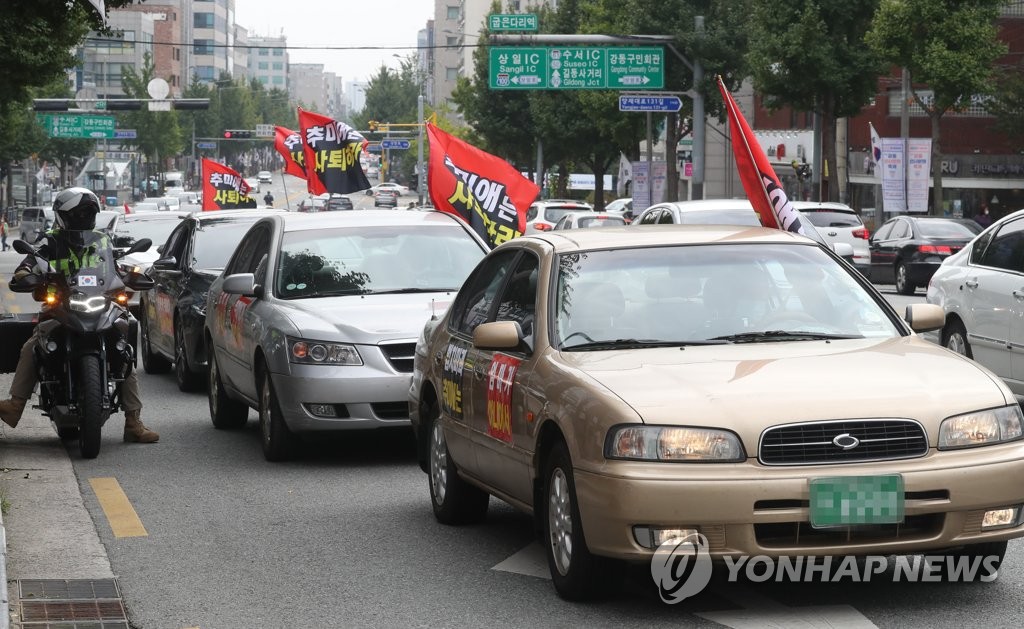 Protesters held one of the rallies on a route that includes the neighborhoods of former and current justice ministers to oppose the liberal government's push for prosecution reform.

The demonstrations came as the government has vowed a stern response against mass rallies after anti-government protests on Aug. 15 were partly blamed for a flare-up in new virus cases.

Police stepped up their guard throughout the day to prevent conservative activists from holding abrupt and illegal rallies in central Seoul.

Except for the two drive-thru protests, a court has rejected conservative groups' request to suspend the Seoul municipality's bans on their plans for rallies involving some 1,000 participants or a protest parade with about 200 cars on the national holiday.

Police set up inspection points in 90 locations connecting to central Seoul and checked entering vehicles. About 800 police officers were mobilized to respond to protests.

"Legal rallies need to be respected as the Constitution stipulates freedom of assembly. But as for illegal demonstrations, police should respond to them with a no-tolerance principle," Prime Minister Chung Sye-kyun said during his visit to the national police agency. 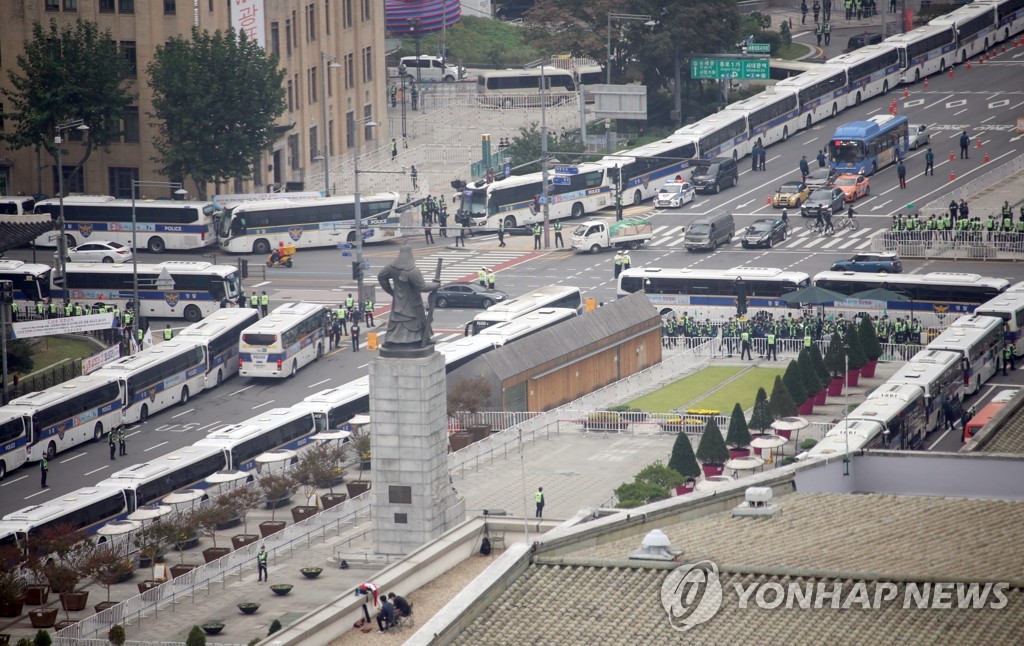 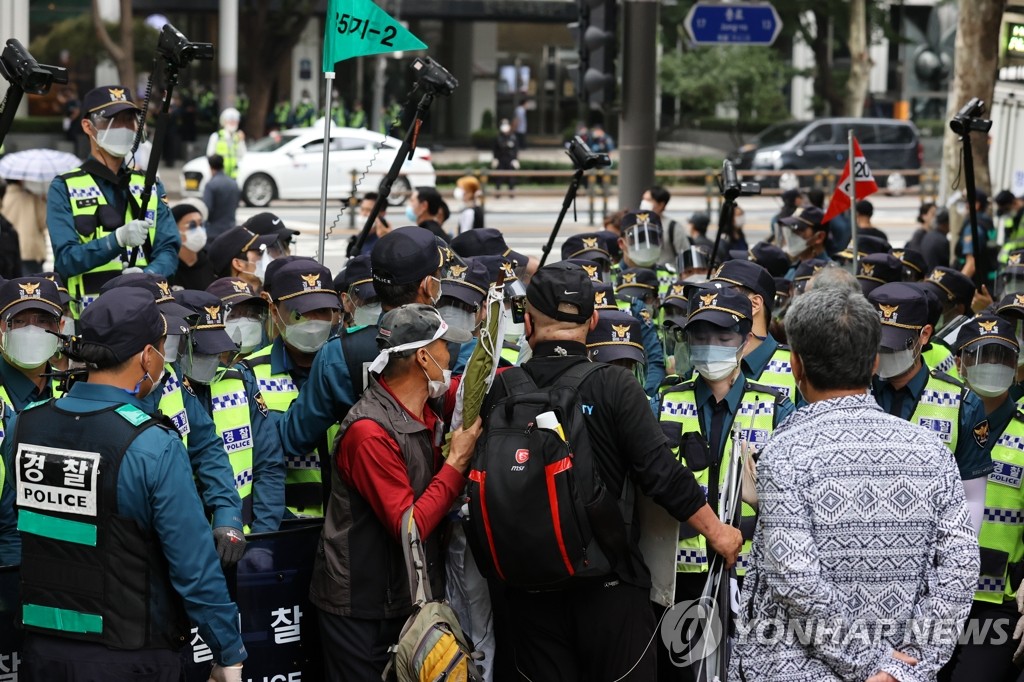