SEOUL, Oct. 4 (Yonhap) -- The number of purchases made with cards by South Koreans edged down 1.6 percent in August from a year earlier as more people stayed home and refrained from making unnecessary purchases amid the new coronavirus pandemic, data showed Sunday.

In August, the number of purchases made with plastic, including credit and debit cards, came to 1.9 billion, totaling 74 trillion won (US$63.5 billion), according to the Credit Finance Association.

The combined number of transactions decreased 7.1 percent and 3.7 percent on-year in March and April, respectively, due to a sharp increase in the number of COVID-19 patients in the country. 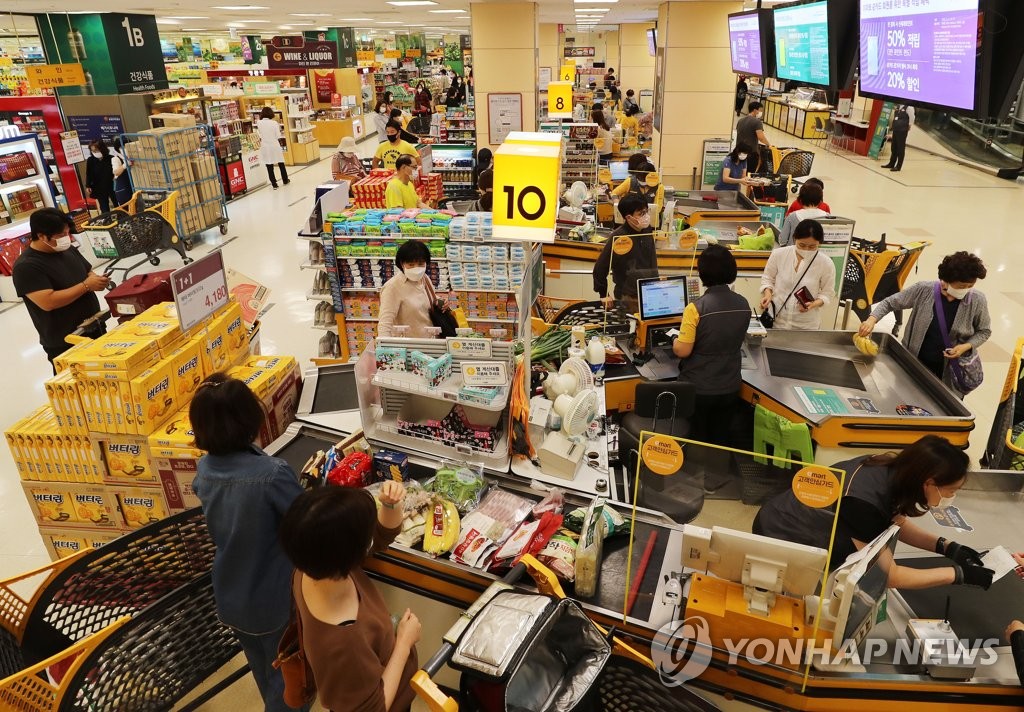 The number of transactions made with plastic later rebounded in May on the back of the country's emergency relief handout scheme designed to help local households to cope with the economic fallout of the pandemic.

After the transactions increased on-year through July, they again lost ground in August as the country experienced yet another rebound in the number of COVID-19 patients, traced to a conservative church in northern Seoul and an anti-government rally.

South Korea also rolled out the Level 2 social distancing scheme in greater Seoul on Aug. 16 and nationwide on Aug. 23.

In terms of value, the amount advanced 3.7 percent, but it hovered far below the average increase of 7 percent posted before the pandemic, the data showed.

Card transactions down 1.6 pct in Aug. amid virus pandemic

Card transactions down 1.6 pct in Aug. amid virus pandemic