SEOUL, Oct. 4 (Yonhap) -- The United States recently conducted military training and reconnaissance missions in and around the Korean Peninsula amid fragile inter-Korean relations and an upcoming North Korean military parade to mark the anniversary of the country's ruling party.

A pair of B-1B Lancers took off from U.S. Andersen Air Force Base, Guam, to conduct a joint and bilateral "Bomber Task Force" mission with a F-15J aircraft from the Japanese Air Self-Defense Force in the East Sea on Sept. 30, according to the American Pacific Air Forces on Sunday.

Upon completion of training, the two B-1s returned to their home station at Ellsworth AFB, South Dakota.

The American Navy deployed its EP-3E reconnaissance aircraft on Friday above South Korea's western shores near Incheon, about 40 kilometers west of Seoul, according to the aviation tracking website No callsign.

The U.S. Air Force also flew an E-3 Sentry and an E-8 Joint STARS over the inland air space of South Korea after passing through the western region on Thursday. 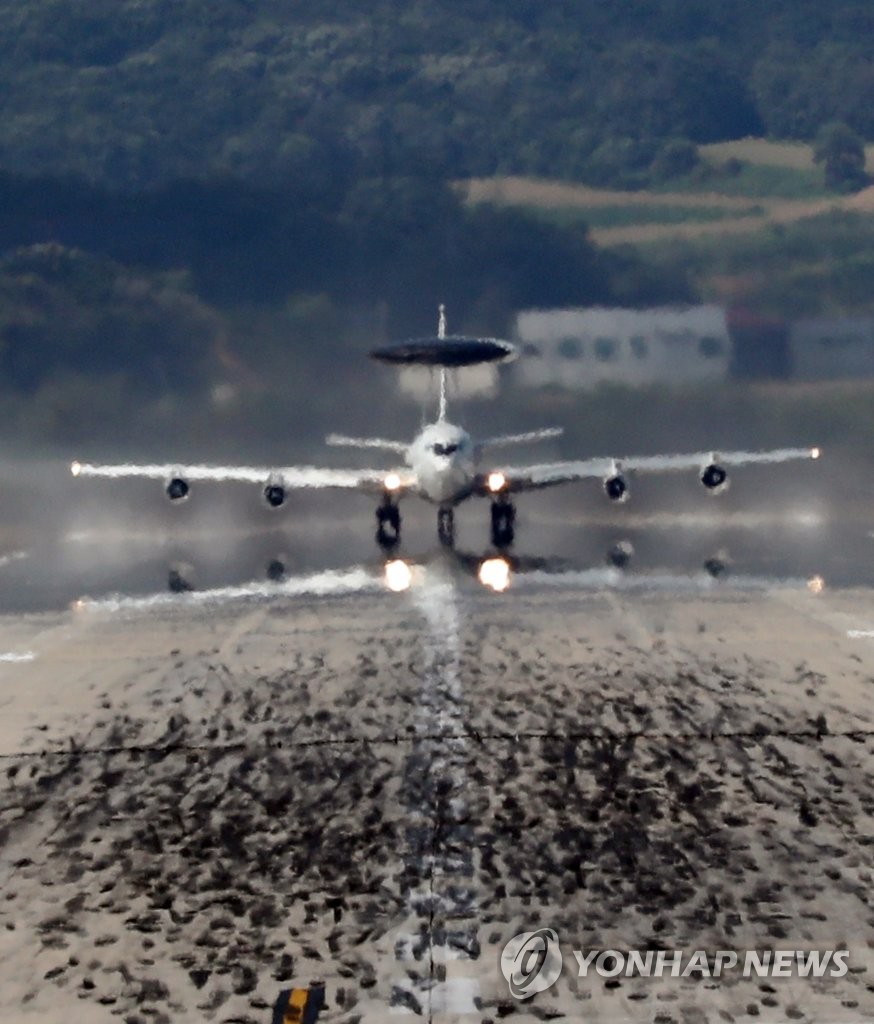 The surveillance-focused planes are presumed to have been deployed to gather intelligence and monitor any developments on an upcoming military parade expected to be held on Oct. 10 in Pyongyang to mark the 75th founding anniversary of North Korea's ruling Workers' Party.

In his New Year's message, North Korean leader Kim Jong-un said he will showcase a "new strategic weapon," which could be an intercontinental ballistic missile or a submarine-launched ballistic missile, according to experts and observers.

The recent U.S. military movements around the Korean Peninsula also come after an incident in which North Korean troops shot a 47-year-old South Korean fisheries official who was adrift in the waters of the North, bringing the ever-fragile inter-Korean relations to a new crucial juncture.