(ATTN: UPDATES with reaction from Kang, political parties at bottom)

SEOUL, Oct. 4 (Yonhap) -- The spouse of South Korea's top diplomat has traveled to the United States, presumably for a yacht tour, despite a government travel advisory asking people to avoid making overseas trips due to COVID-19 concerns, a broadcaster has reported.

"I'm going on a free (self-guided) travel. Corona (COVID-19) isn't going to disappear in a day or two. I just can't remain at home all the time," Lee said on camera at the airport. 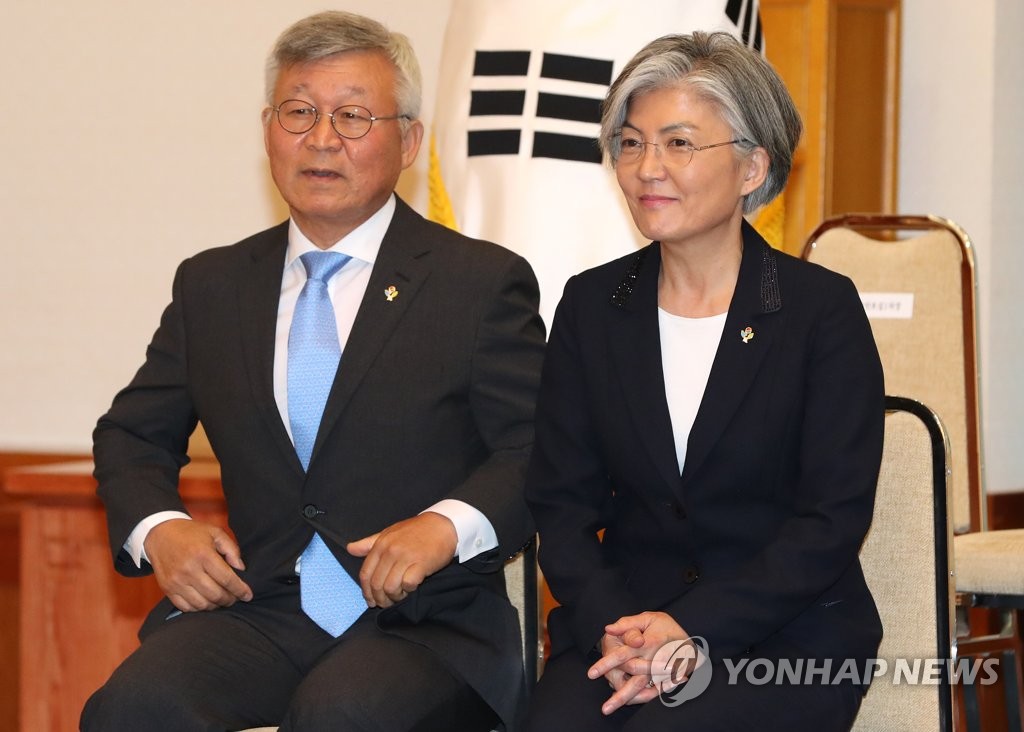 Lee is presumed to be planning to purchase a yacht and travel around on board in the U.S., according to the report. The professor emeritus has shared the plan on his personal blog since several months back.

The travel comes amid the South Korean government having put in place a special travel advisory since March 23, asking the public to either cancel or postpone all overseas trip schedules in order to curb the transmissions of the new coronavirus.

While the advisory does not legally restrict a private individual's overseas travel, Lee's trip has raised questions as to whether it is appropriate for direct family of a Cabinet member to travel overseas freely against the government recommendation.

Lee's trip also came just a little over two weeks after Kang's ministry extended the special travel advisory until Oct. 19. The advisory can be extended again.

The foreign ministry has remained silent on Lee's travel, citing it as a "personal matter."

Amid the controversy, Kang addressed the issue during a meeting with senior ministry officials.

"In light of the public abstaining from overseas travel and outside activities, I feel sorry for such an incident occurring," Kang reportedly said during a meeting with the ministry's senior managers.

Political parties from both sides of the aisle criticized the overseas trip by Kang's spouse.

"While small business owners and the self employed are suffering due to COVID-19, families of dignitaries are purchasing yachts and enjoying the YOLO (you only live once) life," said Rep. Kim Eun-hye, spokesperson for the main opposition People Power Party.

Rep. Lee Nak-yon, head of the ruling Democratic Party (DP), also blasted the excursion by Kang's husband, describing it as "inappropriate from the perspective of the public."