"The government plans to ban protests to protect the lives and safety of the people," Prime Minister Chung Sye-kyun said during a session of the Central Disaster and Safety Countermeasure Headquarters for COVID-19 held at the government complex in Seoul. 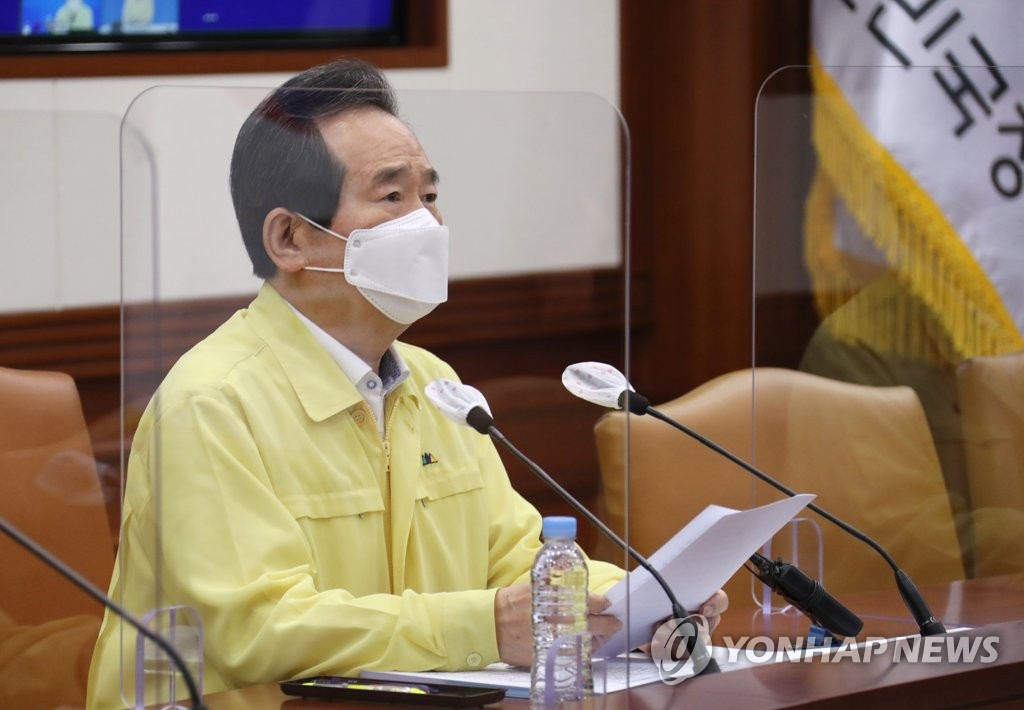 The government has taken a hard-line stance against mass public rallies after anti-government protests on Aug. 15 were partly blamed for a flare-up in new virus cases.

On Saturday, the government physically and legally blocked anti-government protests that were previously announced, prompting protestors to resort to limited "drive-thru" rallies in southern Seoul after winning conditional court approval.

"We ask those preparing for rallies to immediately suspend their attempts to carry out illegal protests," said Chung.

According to Chung, South Korea has seen a daily average of 62 new COVID-19 cases during the extended Chuseok fall harvest holiday since Wednesday, when millions of people normally travel across the country to meet their families and relatives.

This year, the government has mandated a special two-week period around Chuseok, during which people were advised to stay home to curb virus transmissions.

"The reason why the situation has gotten relatively better is because people have refrained from travel and abided by disease control guidelines," the prime minister said.

Chung, however, stressed that now is not the time to relax, pointing out how patients can remain without symptoms for 14 days even when infected. "There is the possibility that new infections could grow fast from silent transmissions." 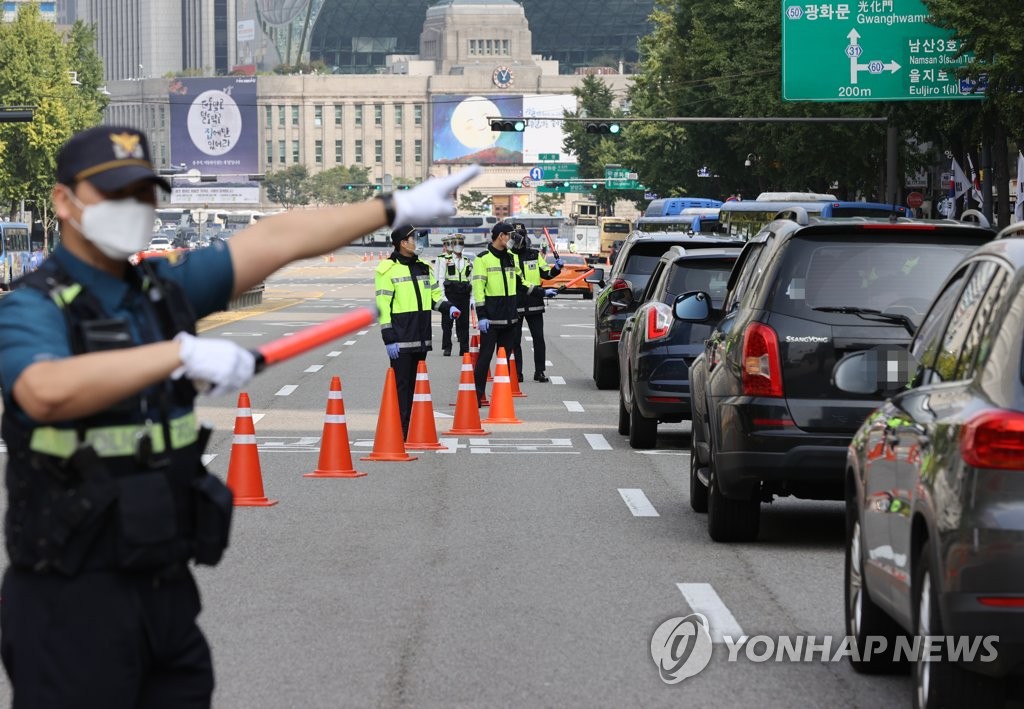