Tottenham Hotspur's South Korean star Son Heung-min, back from a hamstring injury that clearly wasn't as serious as originally feared, grabbed a brace against Manchester United in a Premier League match at Old Trafford in Manchester, England, on Sunday (local time). With six goals in four matches, Son is tied with Dominic Calvert-Lewin of Everton for most goals in the league this season. The Spurs clobbered Manchester United 6-1. 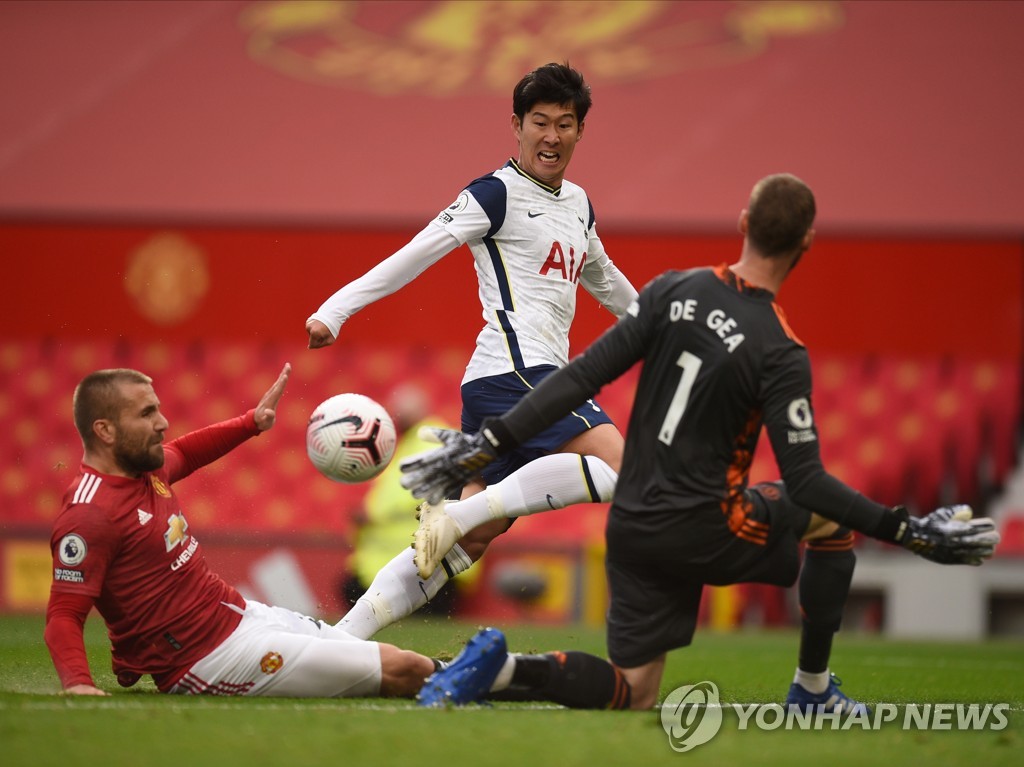 This was Son's first match back after being taken out of a Premier League match against Newcastle United on Sept. 27 with a hamstring injury. Head coach Jose Mourinho gave a grim prognosis at the time, saying Son would be "out for a while." But Son ended up missing only two matches -- an EFL Cup match against Chelsea last Tuesday and a UEFA Europa League qualifier against Maccabi Haifa two days later.

And Son didn't miss a beat in his return.

The two sides traded a goal apiece in the opening four minutes, and Son broke the deadlock in the seventh minute thanks to Harry Kane's shrewd setup.

After getting fouled and brought down in midfield, Kane quickly got to his feet and fed the ball forward to Son. With the defense scrambling to recover from the heads-up play, Son drove all the way to the net and deftly chipped the ball past goalkeeper David de Gea. 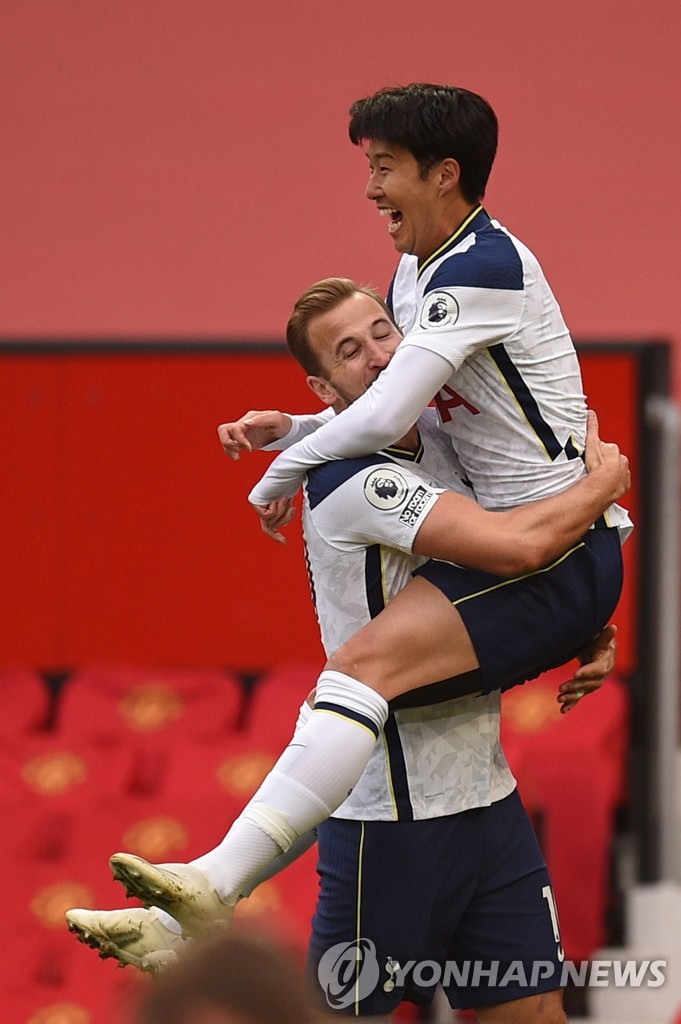 The Spurs never trailed again. In the 30th, Son returned the favor by setting up Kane for an easy score following a Man United miscue in front of their own net.

Son and Kane have combined for 26 Premier League goals, the most by any current pair of teammates.

Son picked up his second goal of the match some seven minutes later, as he redirected home a low cross from Serge Aurier that went off the heel of defender Harry Maguire.

Tottenham led 4-1 at halftime, the most Manchester United have conceded in the first 45 minutes of any Premier League match. 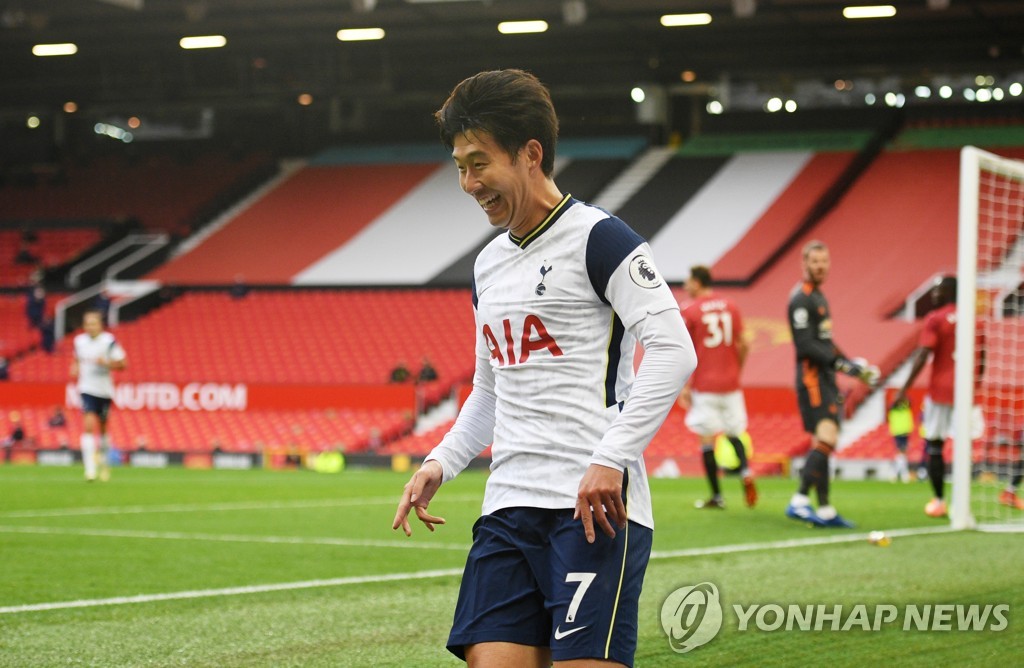 Aurier's goal in the 51st put Tottenham up 5-1. And with his club in full control, Son was taken out of the match in the 73rd minute for Ben Davies. Son had more than done his part, though, with two goals and an assist. Kane scored a late penalty to round out the scoring.

This is Son's sixth Premier League season and he is well on his way of shattering his previous season-high of 14 goals in 34 matches from the 2016-2017 season. 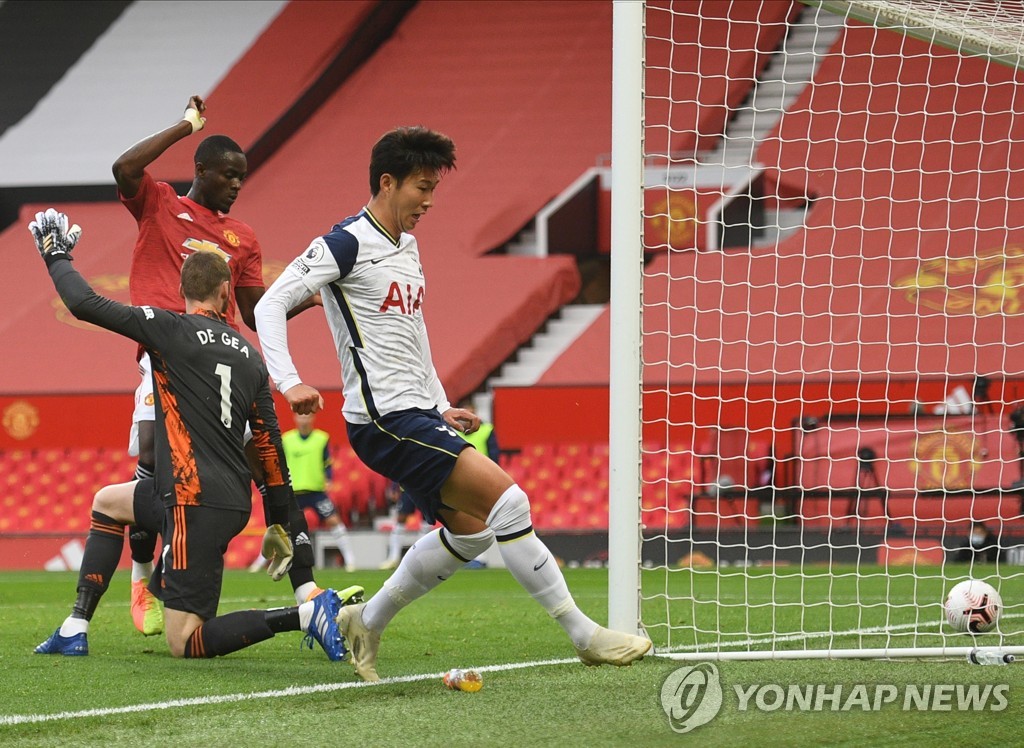