SEOUL, Oct. 5 (Yonhap) -- The Tampa Bay Rays' South Korean first baseman Choi Ji-man had just three home runs during the 2020 regular season. But two of them came against one of the very best pitchers in baseball, someone Choi will likely meet again in his team's upcoming postseason series. 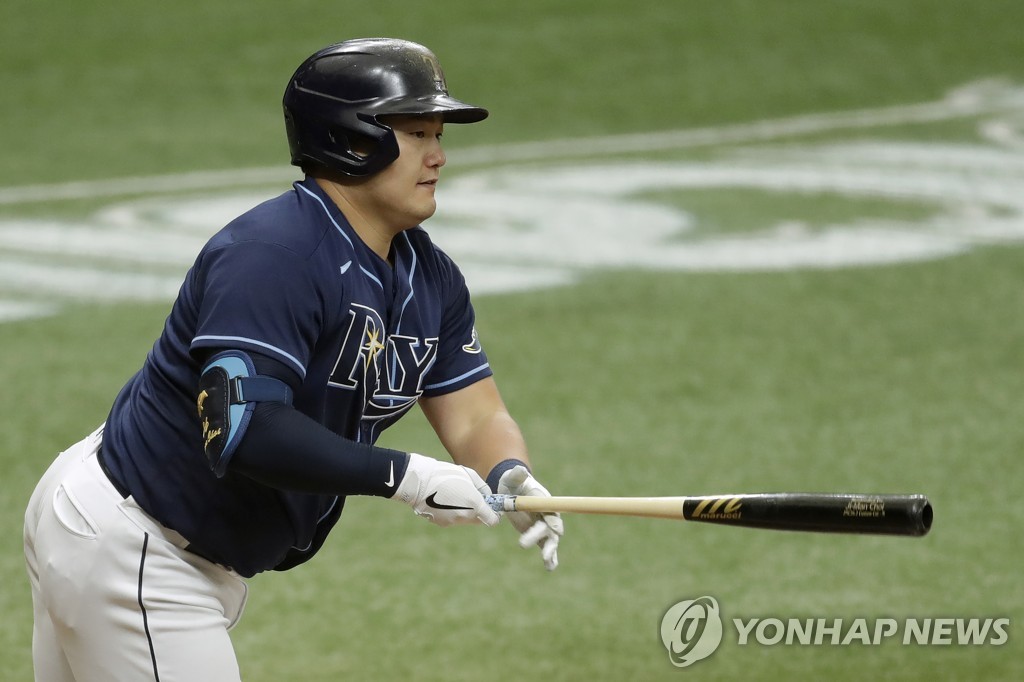 Choi and the Rays will take on the New York Yankees in the best-of-five American League Division Series (ALDS) this week. Game 1 will be played at the Rays' home, Tropicana Field in St. Petersburg, Florida, at 8:07 p.m. Monday (local time), or 9:07 a.m. Tuesday in South Korea.

The Yankees will send their prized right-hander Gerrit Cole to the mound in Game 1. In his first season wearing pinstripes, Cole went 7-3 with a 2.84 ERA, while striking out 94 in 73 innings. The 30-year-old is simply one of the most dominant starters in the game today.

But Choi has had Cole's number. The South Korean is 8-for-12 with three homers and three doubles in his career against Cole, including two home runs in 2020. Cole does have penchant for giving up long balls -- 14 dingers putting him in second place in the AL this year -- because he likes to attack the upper part of the zone with his fastballs and his misses end up over the heart of the plate. Still, Cole's struggles against a middling hitter like Choi, who has a career .245/.345/.451 slash line, are confounding. 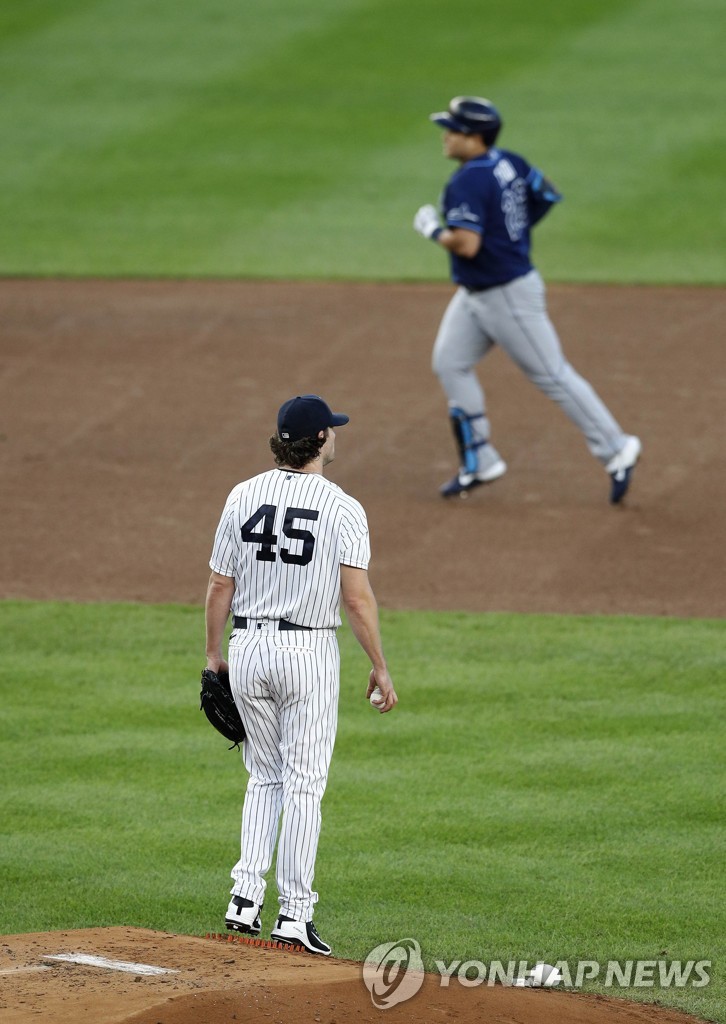 Choi missed the final two weeks of the regular season with a hamstring injury and was activated just in time for the Wild Card Series against the Toronto Blue Jays last week. The Rays swept the Blue Jays in two games, and Choi came off the bench in both games. He went 0-for-3 with a strikeout.

Given his recent history against Cole, Choi could be in the starting lineup in Game 1.

Choi is also the only South Korean still left in the postseason. In the Rays' clinching victory in the previous round, left-hander Ryu Hyun-jin was the losing pitcher for the Blue Jays, as he allowed seven runs on eight hits in just 1 2/3 innings. 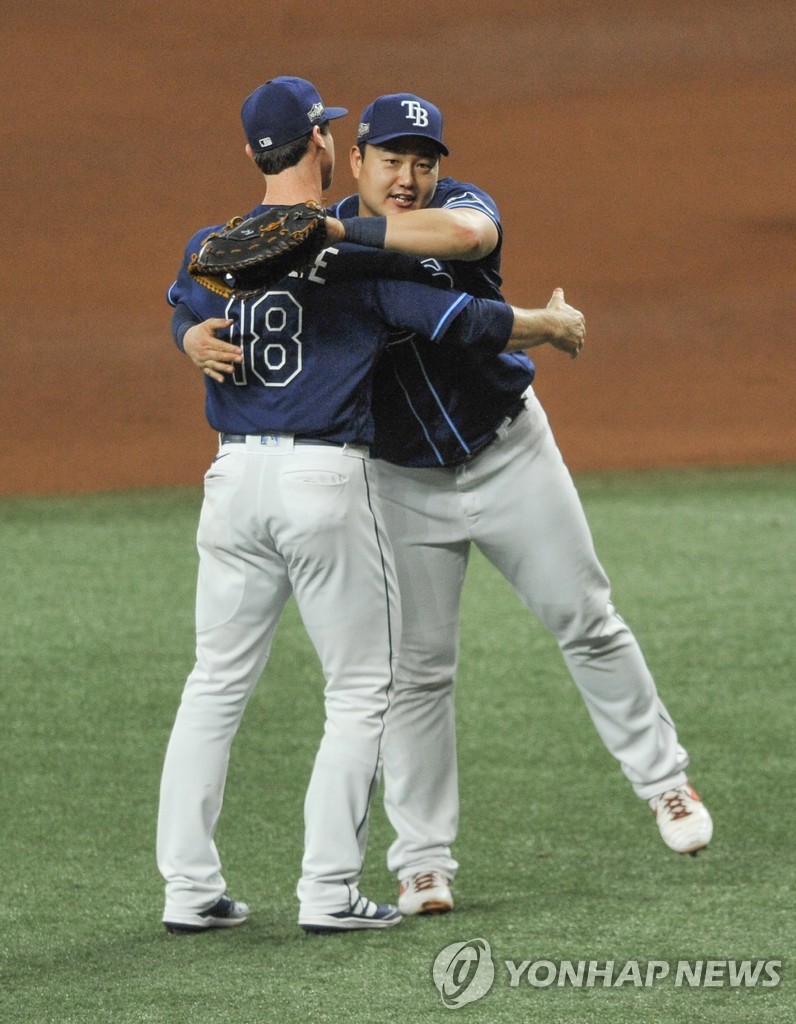 In the National League, left-hander Kim Kwang-hyun and his St. Louis Cardinals were also knocked out of the Wild Card Series, losing to the San Diego Padres in three games. As the Game 1 starter, Kim gave up three runs in 3 2/3 innings in the Cardinals' 7-4 victory. They dropped the next two games.

Choi also played in last year's ALDS, then against the Houston Astros. He batted 3-for-15, but one of the hits was his first career postseason home run.

There will be no off days during the Rays-Yankees series. The Rays, which had the best regular season record in the AL at 40-20, have the home-field advantage.