SEOUL, Oct. 5 (Yonhap) -- South Korean oil refiners' third-quarter earnings are unlikely to recover markedly following their worst performances in the first half due to the fallout from the coronavirus pandemic, industry sources said Monday.

The grim outlook comes as leader SK Innovation Co. and three other players have been whipsawed by weak oil prices wrought by the pandemic and sluggish refining margins.

The pandemic sent demand for air fuel and bunker-C oil used by ships tumbling, while consumption of petroleum products was below normal levels due to virus-caused social distancing and a long rainy season.

Despite a recent bounce back in crude prices, those oil refiners are projected to record only small profits in the July-September period after hemorrhaging heavily in the January-June period. 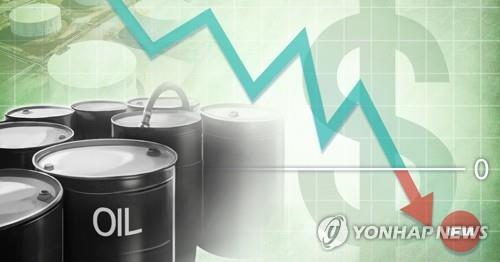 Prices of Dubai crude, South Korea's benchmark, have recently recovered to up to the range of US$40 per barrel after plunging as low as $13.42 on April 22 in the wake of the coronavirus outbreak.

On top of slumping demand, local oil refiners are also faced with weak refining margins, or the difference in prices of their products and crude used to make them. Refining margins are linked to international oil prices.

The benchmark Singapore complex gross refining margin came to $0.5 per barrel at the end of September, well below the refiners' break-even point of $4.

Against such a backdrop, local brokerage houses have downgraded their forecasts for local oil refiners slated to unveil their third-quarter results this month.

Securities companies have also issued conservative third-quarter outlooks for Hyundai Oilbank Co. and GS-Caltex Corp. Hyundai Oil Bank was the sole refiner to turn a profit in the second quarter, and GS-Caltex relies heavily on sales of air fuel.