SEOUL, Oct. 5 (Yonhap) – Samsung Electronics Co. said Monday the budget model of its Galaxy S20 smartphone will go on sale in South Korea next week as the tech giant aims to boost its handset sales amid the pandemic.

Pre-orders for the S20 FE will open Tuesday for local consumers, and they can receive the device starting Oct. 13.

The S20 FE, which was unveiled on Sept. 23, was launched globally Friday, but on home turf, Samsung decided to release the device late following the Chuseok fall harvest holiday here.

The S20 FE is the fourth model under the Galaxy S20 family that made its debut with the entry-level S20, mid-tier S20 Plus and high-end S20 Ultra in February. 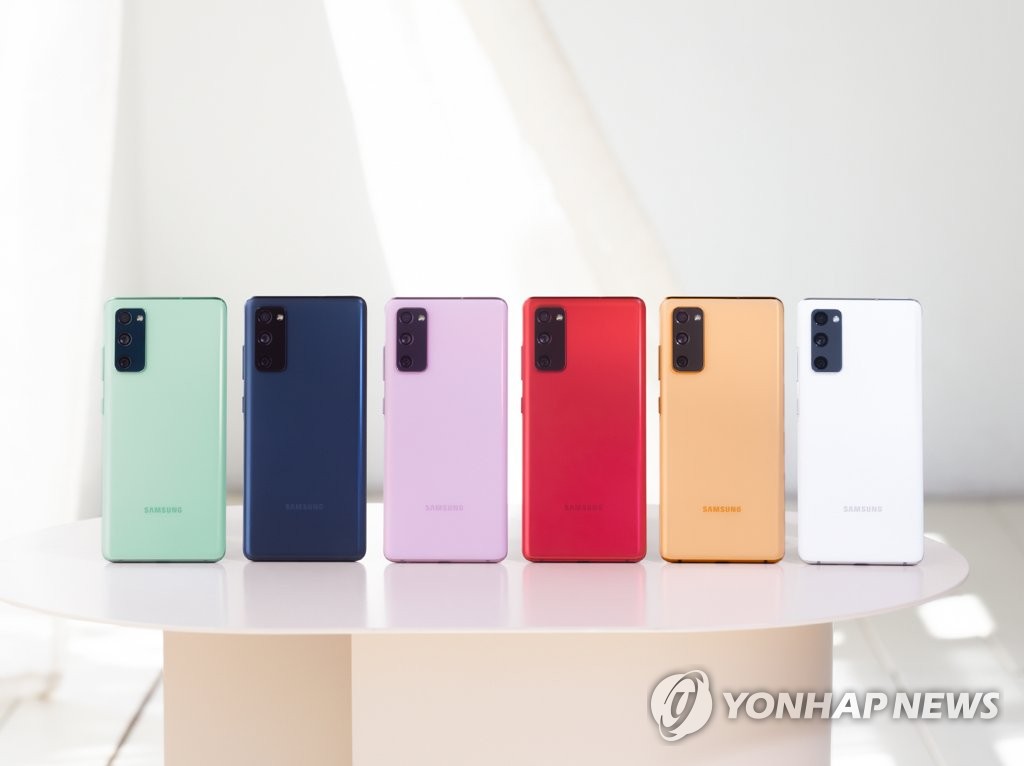 The S20 FE boasts a 32-megapixel selfie camera with its tetra-binning technology to capture more vivid pictures. The 5G-supporting device also has a 6.5-inch Infinity-O Super AMOLED display with a 120Hz refresh rate and packs a 4,500 mAh battery.

Meanwhile, Samsung said its new wearable device, the Galaxy Fit2, will be launched in South Korea on Thursday.

Samsung said the latest band can run up to a maximum of 21 days on a single charge depending on settings and conditions.