Their domestic sales rose 5.1 percent on-year to 1 million units in the first eight months, but their overseas sales plunged 24 percent to 3.2 million units as the COVID-19 pandemic continues to weigh on consumer sentiment.

The carmakers are planning to launch their new and upgraded models in the fourth quarter to absorb pent-up demand following the summer holiday season.

Hyundai Motor, the country's biggest carmaker by sales, said it will launch a new Tucson sport utility vehicle and the face-lifted G70 sedan under its independent Genesis plaque this month.

Kia Motors, which is 34 percent owned by Hyundai, said it will focus on increasing sales of the all-new Carnival minivan, the Sorento SUV and the K5 midsize sedan in the fourth quarter.

SsangYong Motor plans to launch the face-lifted Tivoli Air SUV in the domestic market on Wednesday. 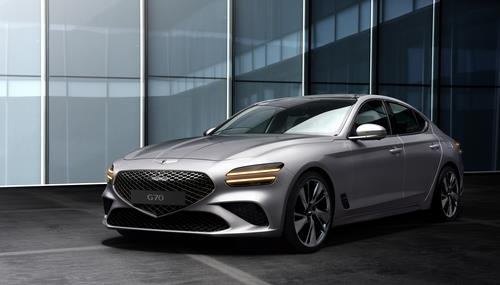 Carmakers to promote new models in Q4 amid pandemic

Carmakers to promote new models in Q4 amid pandemic