SEOUL, Oct. 5 (Yonhap) -- Dividend income earned by South Koreans under the age of 18 has more than doubled over the past four years amid a trend of early gifts among rich people, government data showed Monday.

Underage shareholders in the country posted a combined dividend income of around 265 billion won (US$227 million) in 2018, up 115 percent from 2014, according to the data from the National Tax Service.

A total of 337 infants under the age of 1 received dividends in 2018, up 140 percent from four years earlier, with their combined income reaching 1.09 billion won, according to the data compiled for an annual parliamentary inspection of the tax office. 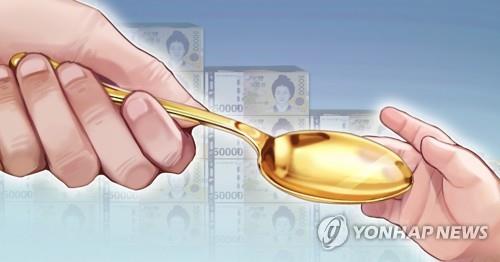