SEJONG, Oct. 5 (Yonhap) -- South Korea's big conglomerates have reported sales of some 12 trillion won (US$10.3 billion) from collusion and price-fixing practices over the past six years, a report showed Monday.

The Korea Fair Trade Commission (KFTC) found that 21 business conglomerates colluded a total of 162 times between 2015 and August this year.

The conglomerates reported sales of 11.7 trillion won from collusion during the period, the KFTC said in the parliamentary audit report.

The KFTC fined them 654.8 billion won for collusion, accounting for 5.6 percent of the sales, according to the report.

Hyundai Motor Group was slapped with the biggest fine of 177.7 billion won, the report showed. 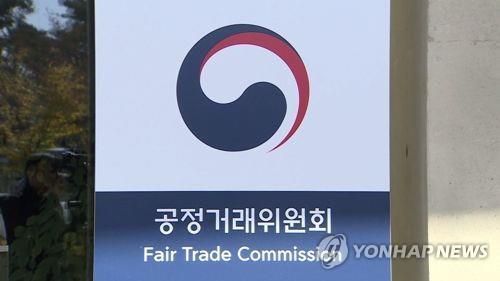