SEOUL, Oct. 5 (Yonhap) -- K-pop project boy band SuperM has landed at No. 2 on the Billboard's main albums chart with its first full-length album "Super One."

The U.S.-based publisher reported Sunday (local time) that the SuperM album reached second place on the Billboard 200, which ranks the most popular albums of the week in the U.S. based on multi-metric consumption as measured in equivalent album units.

"The set's sales were bolstered by many merchandise/album bundles sold via the group's official webstores, including a range of items co-branded with Marvel. In addition, sales were encouraged by more than a dozen variants of the album released across digital and CD formats, including a Target-exclusive version with different packaging and a poster," Billboard said.

SuperM is formed of members from SM Entertainment's popular boy groups SHINee, EXO, NCT 127 and WayV. It had a strong debut in October last year, with the EP album "SuperM: The 1st Mini Album" topping the Billboard 200 albums chart in the U.S., becoming the second K-pop group to do so after BTS.

The seven-member act under SM Entertainment, released its 15-track studio album, which includes prereleased singles -- "With You," "100," "Tiger Inside" and "One (Monster & Infinity)" -- in September. 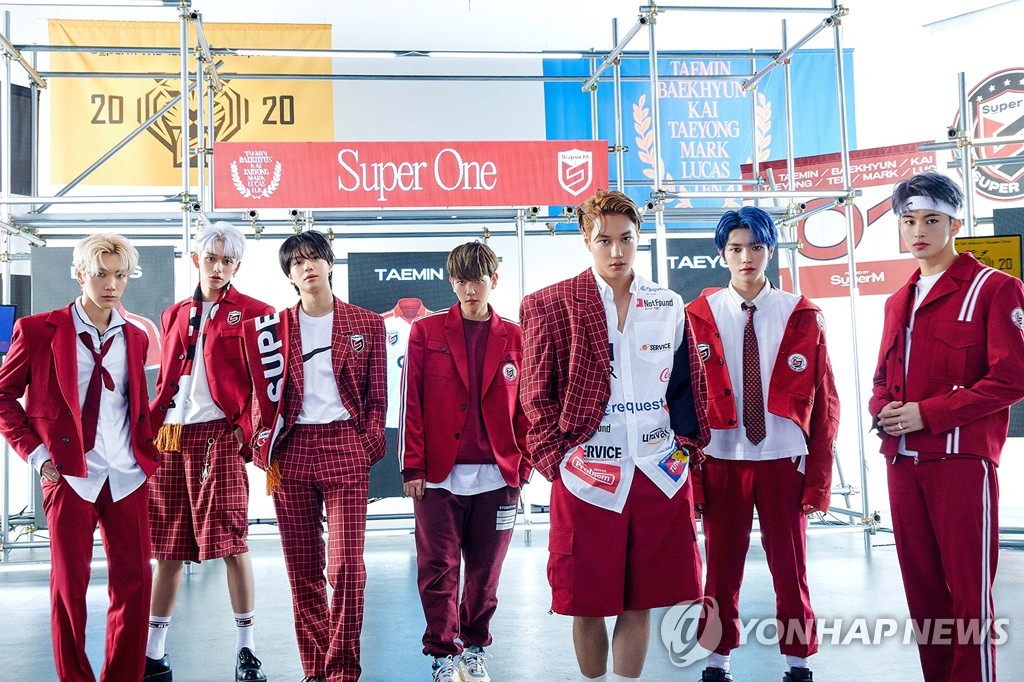 SuperM's 1st studio album debuts at No. 2 on Billboard 200

SuperM's 1st studio album debuts at No. 2 on Billboard 200