SEOUL, Oct. 5 (Yonhap) -- Cold weather hit the nation Monday morning, with Seoul recording the lowest temperature of this fall and the season's first ice seen in Mount Seorak on the east coast.

The Korea Meteorological Administration said that as of 5 a.m., the mercury dropped to 8.8 C in Seoul, 11.2 C in Incheon, and 8.6 C in Suwon. On average, temperatures nationwide dropped more than 7 C from a day earlier. 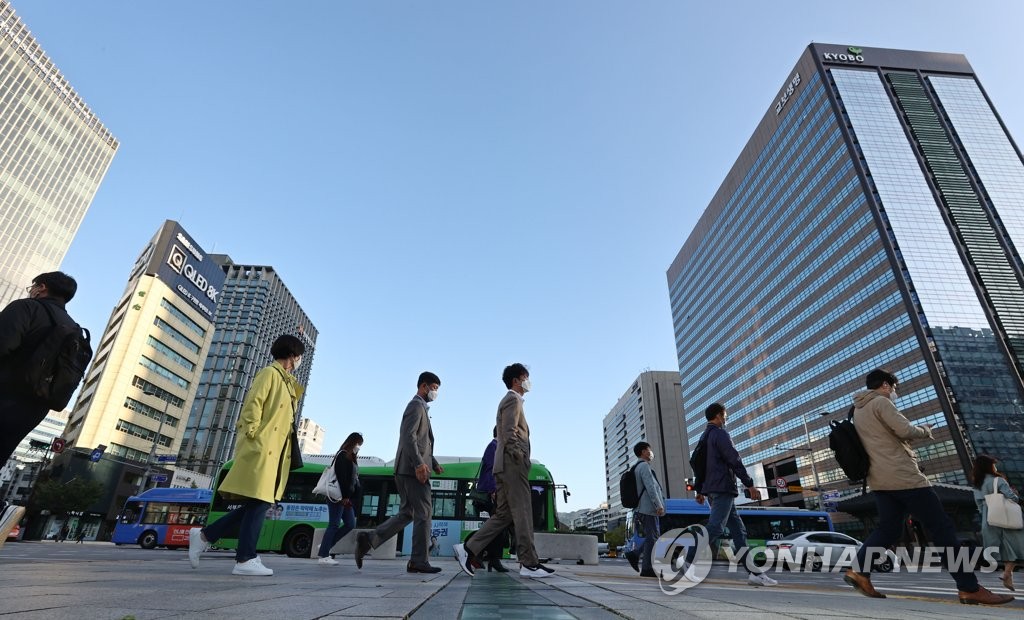 In the mountainous Gangwon Province, the temperature fell to 5.4 C in Chuncheon and minus 1.7 on Mount Seorak, the first time it went below zero this autumn.

According to the local meteorological administration, the first ice of the season was also seen in the mountains, four days earlier than last year.

Since 2015, the first ice on Mount Seorak has always been reported in early October, with the exception of 2017, when it was Sept. 29.

In the central region of the country, temperatures ranged from 10.6 C in Cheongju to 8.9 C in Daejeon.

In the southwestern cities of Jeonju and Gwangju, the mercury dropped to 10.3 C and 12.1 C, respectively.

The southern resort island of Jeju saw the highest temperature of 17.5 C.

The KMA said the highs are expected to range from 17 to 23 C. 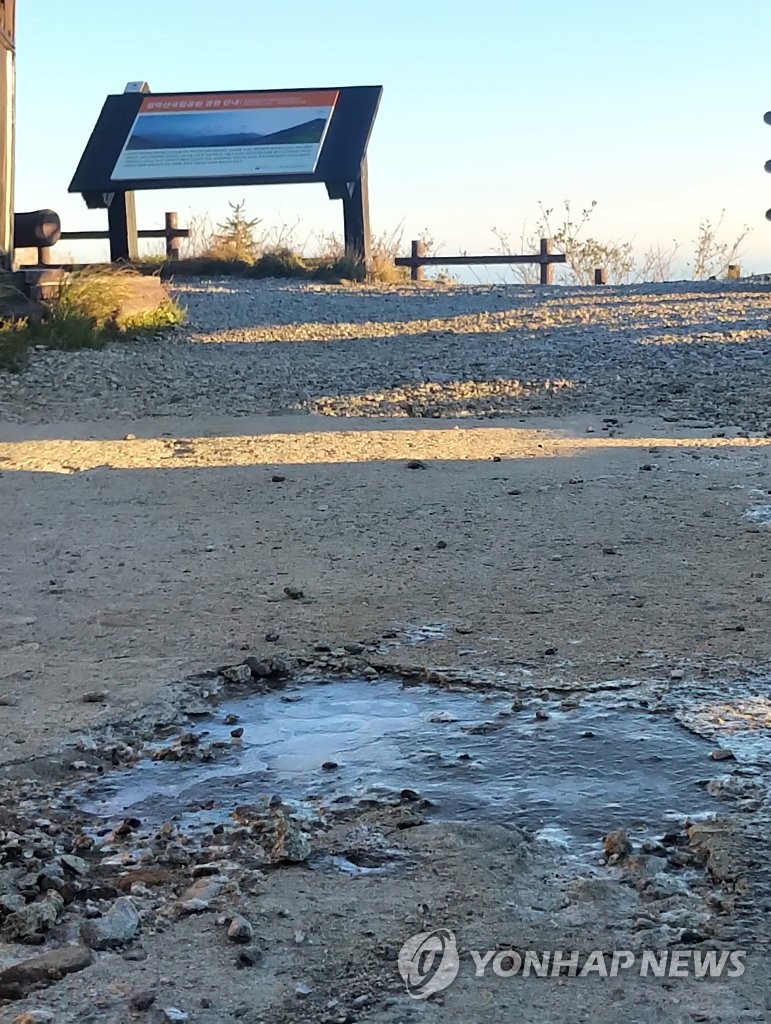