YouTube views for the music video of "DNA," released in September 2017, passed 1.1 billion views at 7:38 a.m., becoming the septet's first video to reach the milestone, according to Big Hit Entertainment.

"DNA," the main track for the group's EP album "Love Yourself: Her," was the first song by a South Korean act to simultaneously break into the Billboard's Hot 100 and Bill 200 main charts.

In addition to "DNA," the group's music videos "Boy with Luv" and "Fake Love" had also racked up 969 million views and 781 million views on YouTube, respectively, as of Monday.

The band made history by becoming the first South Korean artist to top the Billboard Hot 100 chart last month with its disco-pop single "Dynamite." 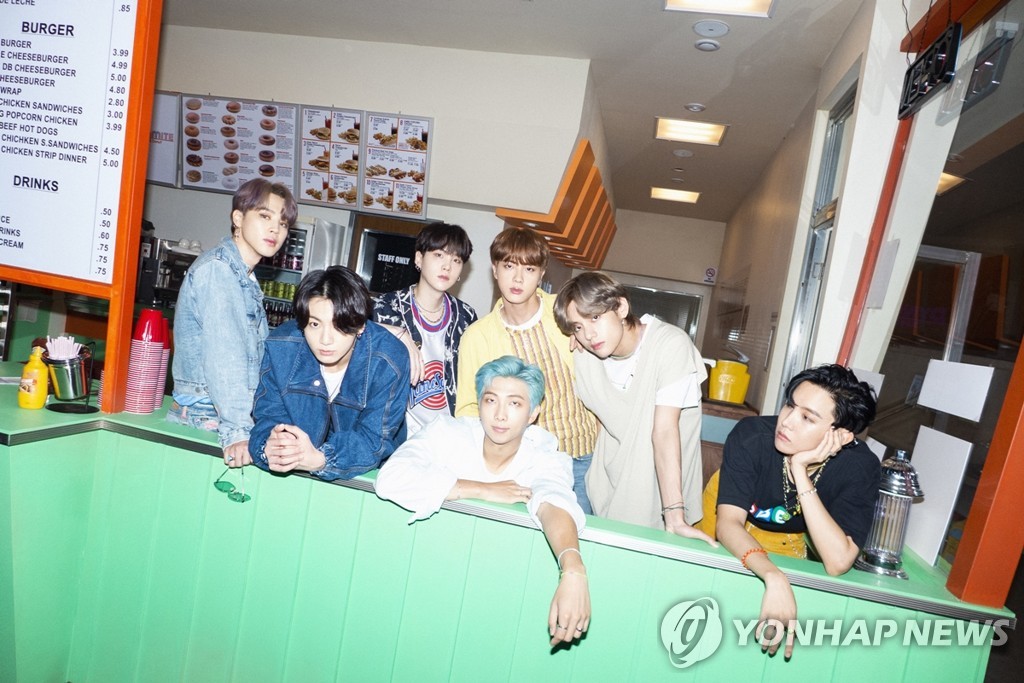 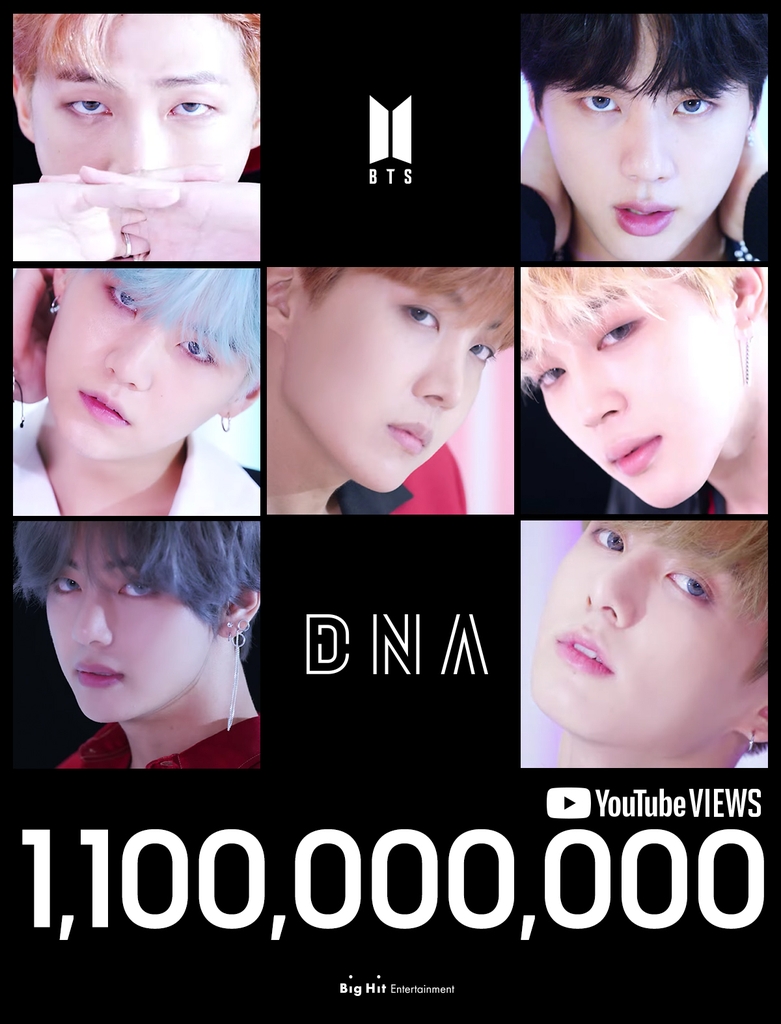