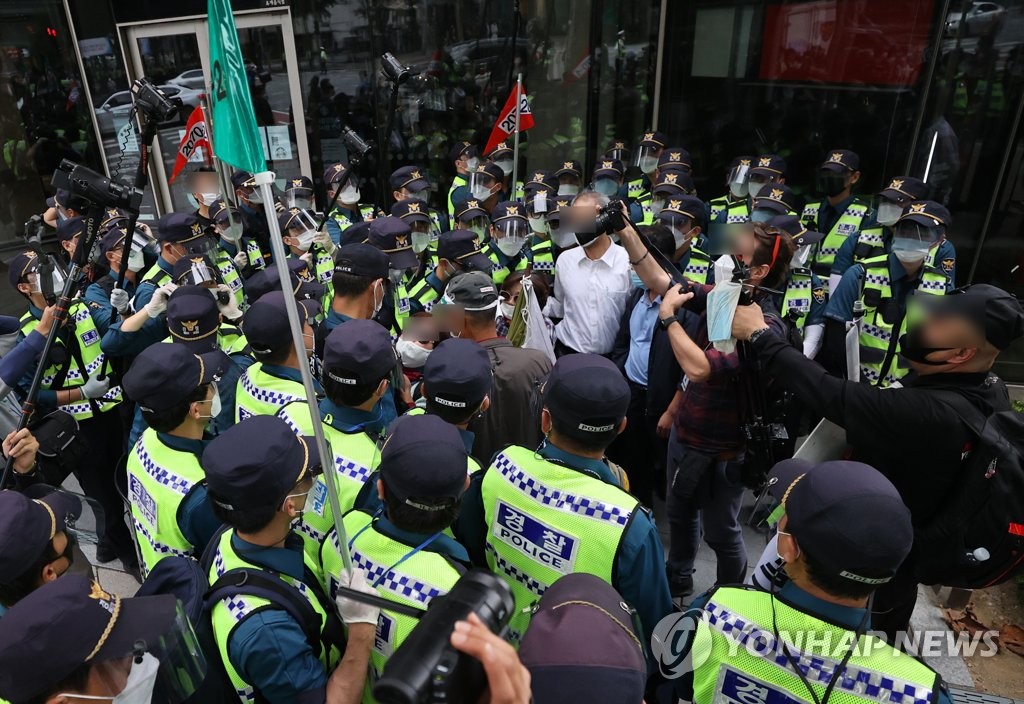 One conservative group, made up of participants in the Aug. 15 rallies, reported plans to hold two rallies of 1,000 people each to the police.

"We are reporting rallies for Hangeul Day out of desperation that the only way to confront the oppression of the Moon Jae-in government is through freedom of assembly and association," Choi In-sik, secretary-general of the group, said in a press conference outside Jongno Police Station in central Seoul.

Choi's group had previously planned to hold a mass rally on Saturday.

He said they decided to report plans for two rallies, both in the Gwanghwamun area, expecting them to be banned, and will in fact hold only one.

Choi also denounced what he called inconsistencies in the government's actions as it allowed crowds to gather at tourist spots over the recent holiday.

If the Hangeul Day rallies are banned again, the group will take the case to court, he added. 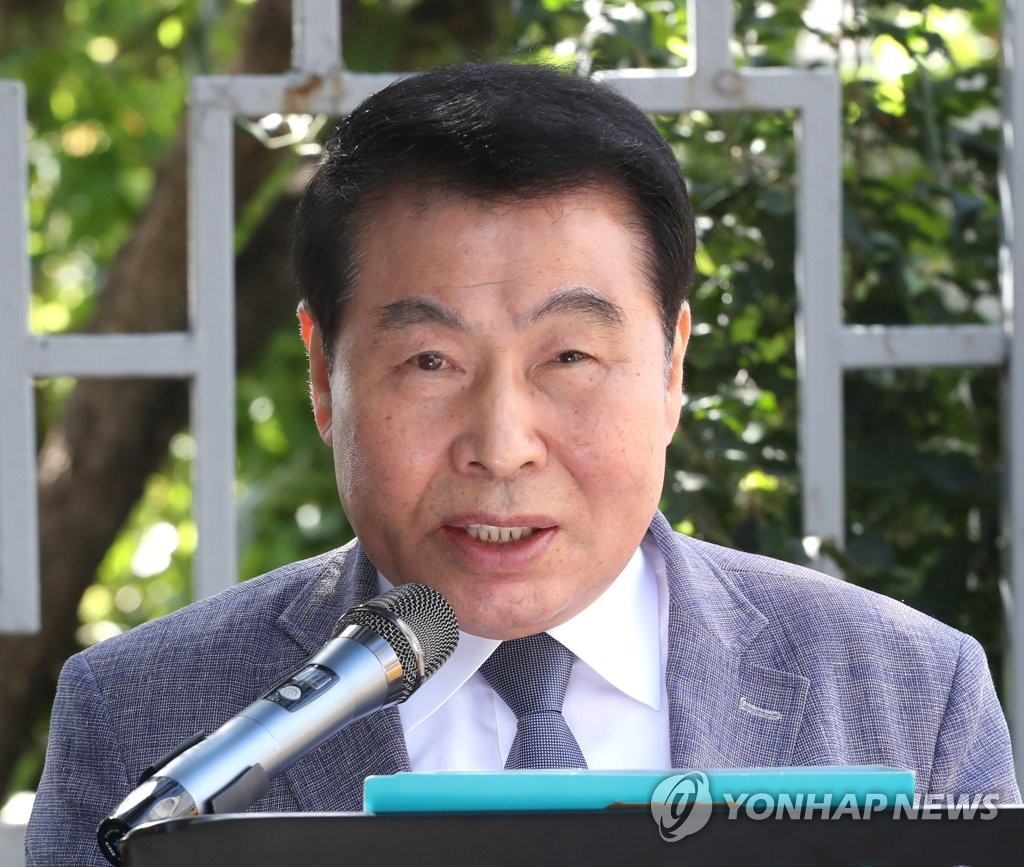