SEOUL, Oct. 5 (Yonhap) -- The government should continue its financial aid program for local companies to help them tide over hardships caused by the coronavirus pandemic, a leading business body said Monday.

In a report assessing recent government financial support policies, the Korea Chamber of Commerce and Industry (KCCI) said they have contributed considerably to soothing market jitters over the fallout from the pandemic.

The government has unleashed a series of aid programs, including the establishment of a bond market stabilization fund, to help virus-hit companies overcome financing difficulties.

In particular, the government joined hands with the central Bank of Korea and the state-run Korea Development Bank in July in setting up a 10 trillion-won (US$8.6 billion) special purpose vehicle meant to purchase corporate bonds and commercial paper, including those issued by low-grade firms. 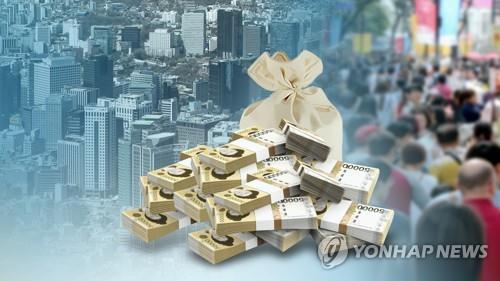 The government has also extended a loan rollover and interest holiday program for small and medium enterprises and small merchants by six months to next March.

"These programs have contributed to stabilizing the domestic bond market gradually, with the spread on three-year government and corporate bonds starting to decline from the end of June," KCCI said.

"Yet the government needs to carry on its financial aid program in light of lingering concerns over a new wave of the coronavirus and economic conditions at home and abroad."

According to KCCI, corporate bonds worth 8.5 trillion won are slated to come due within this year, which could come as a drag on corporate financing conditions.

KCCI expected corporate demand for funds to remain high for a considerable period of time as tighter social distancing measures dented smaller firms' sales and worsened their finances in August and September.
(END)