The two children -- an 11-year-old boy and a 12-year-old boy -- were admitted to hospitals and recovered from the disease earlier this year, according to the Korea Disease Control and Prevention Agency (KDCA).

The KDCA has so far conducted an investigation into seven suspected MIS-C cases and confirmed that the two boys had the syndrome that affects several organs and systems in the body. 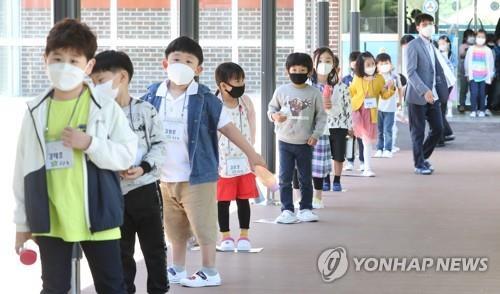 The symptoms of MIS-C include inflammation of the blood vessels, swollen hands and feet, vomiting, abdominal pain and diarrhea.

The first boy, after entering from the Philippines in early March, showed symptoms of a fever in late April before being hospitalized for a rash and diarrhea. He was discharged on May 11.

The second boy first had contact with a confirmed COVID-19 patient and was admitted to a hospital for treatment, the KDCA said. He was later readmitted for other symptoms and confirmed to be a MIS-C case.

The KDCA earlier published a case definition for the disease.

Children and adolescents under 19 show symptoms of a fever of 38 C or above lasting 24 hours or longer, with inflammation and one or two more multisystem organ involvement in severe clinical condition requiring hospitalization.

Since the first MIS-C case in Britain in late April, the United States has reported 935 cases, including 19 deaths, and there have been several hundred in other parts of Europe, the KDCA said.