HONGSEONG, South Korea, Oct. 5 (Yonhap) -- Illegal fishing by Chinese boats in South Korean waters has grown increasingly rampant, with reported cases more than doubling from 2017 to 2019, according to a lawmaker Monday.

The number of cases of either arrest or expelling of Chinese fishing boats operating in South Korea's western waters reached 6,543 in 2019, according to Rep. Hong Moon-pyo of the main opposition People Power Party.

The tally represents a 113 percent hike from the 3,074 in 2017. The lawmaker cited data submitted by the Ministry of Ocean and Fisheries and the Korea Coast Guard. 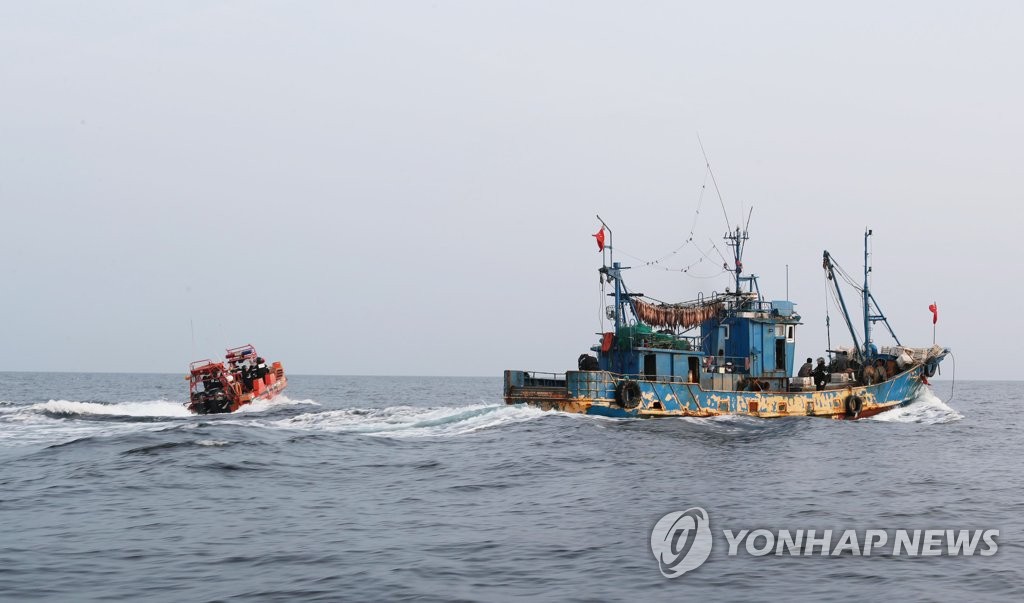 While arrests of Chinese vessels dropped consistently, from 278 in 2017 to 195 in 2019, expel cases of Chinese boats without penalties climbed sharply, from 2,796 to 6,348. Only five boats were arrested from January to August of this year.

The opposition lawmaker demanded authorities come up with strong measures against illegal fishing activities that threaten the livelihoods of workers in the local fishing industry.