SEOUL, Oct. 5 (Yonhap) -- The National Assembly is set to kick off its annual inspection of the government and state agencies this week, with some of the proceedings to be held via contactless video links amid the COVID-19 pandemic, the assembly secretariat said Monday.

The parliamentary inspection is scheduled to begin Wednesday for a 20-day run to scrutinize the management of the central and regional governments as well as their agencies, according to the National Assembly Secretariat. 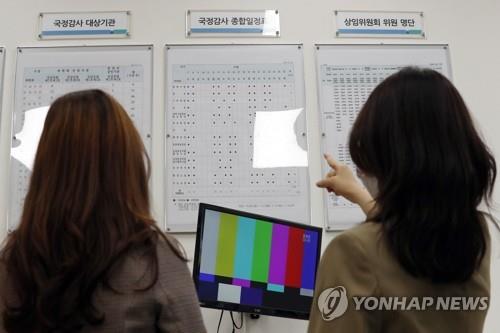 So far, 16 of the assembly's 17 standing committees have fixed their schedules to hold inspection hearings to scrutinize a total of 643 government ministries, state agencies and regional government bodies, the secretariat said.

This year's parliamentary inspection will include hearing sessions in the format of videoconferences for the first time in local assembly history, as the country is making efforts to curb the COVID-19 pandemic.

The secretariat said the assembly's Health and Welfare Committee will host its hearing set for Thursday as a videoconferencing event that links lawmakers in the assembly in Seoul with officials at the health ministry in the administrative city of Sejong and the Korea Disease Control and Prevention Agency in the nearby city of Cheongju.

If held remotely as scheduled, it will be the first-ever parliamentary inspection session to take place in videoconference format, the secretariat noted.

The assembly's Foreign Affairs and Unification Committee has also called off its on-site inspection of overseas Korean embassies for this year and decided instead to conduct it through video links for the first time on record.

The secretariat said that in a similar bid to avert any transmission risks during the inspection period, the number of attendees at each hearing session will also be limited, and the wearing of protective masks will be mandated. 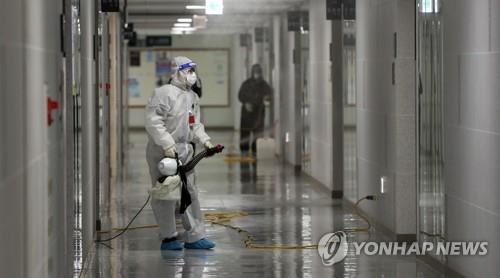 Tensions between rival parties are expected to flare up during the parliamentary audit period, with the main opposition People Power Party (PPP) gearing up to take aim at the government's controversial dealing with the recent shooting death of a South Korean fisheries official by the North Korean military.

The unrelenting controversy over extended medical leave granted to the son of Justice Minister Choo Mi-ae during his military service in 2017 is also expected to become a point of fierce contention during the upcoming parliamentary inspection.

The government's response to the COVID-19 pandemic as well as the country's fiscal health following four rounds of extra COVID-19 response budget are also likely to come under intense scrutiny.

The ruling Democratic Party (DP) is bracing itself for a whirlwind of opposition attacks.

"I expect that a very tough offensive from the opposition may continue (during the inspection hearings)," DP Chairman Lee Nak-yon said in a meeting of the party's top council earlier in the day.

"Any unreasonable attacks should be deterred with facts, while groundless accusations need to be corrected with facts as well," Lee said. 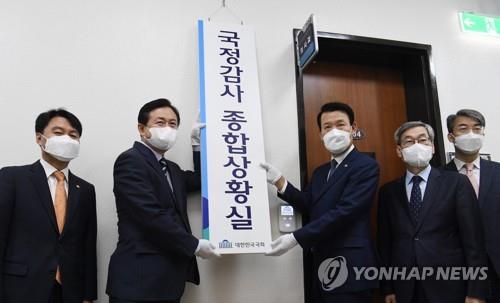 Parliamentary inspection of gov't, state bodies to kick off this week amid pandemic

Parliamentary inspection of gov't, state bodies to kick off this week amid pandemic