GWANGJU, Oct. 5 (Yonhap) -- The prosecution on Monday sought an 18-month prison term for former President Chun Doo-hwan on charges of defaming an activist priest who documented a bloody crackdown by Chun's troops on pro-democracy demonstrators in Gwangju. 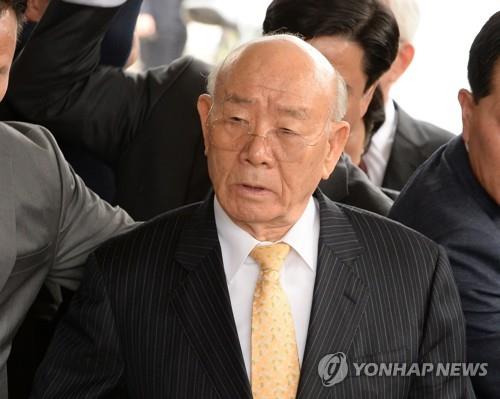 In the last court arguments at the Gwangju District Court on Monday, which Chun did not attend, citing poor health, the prosecution asked for an 18-month prison term for Chun for defaming the late priest. 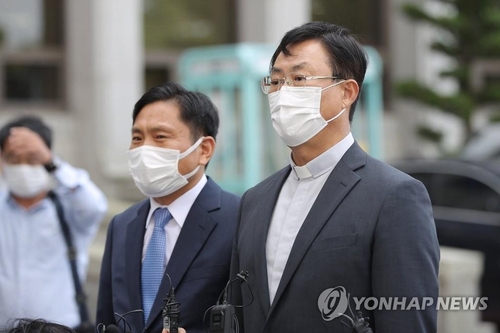 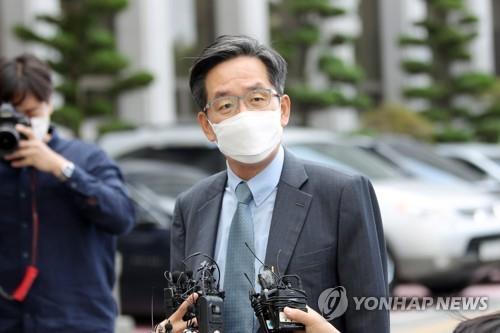 The court will hand down the sentence on Nov. 30.

The legal representative for Cho, along with the May 18 Memorial Foundation, welcomed the recommendation of the prison term for Chun, while calling it short for someone that they said should be incarcerated for longer.

Kim Jung-ho, the attorney for victims involved in the uprising, claimed the case isn't simply one of defamation between individuals.

"The key here is the distortion of historical facts, which are in the realm of public interest," Kim said. "With his irresponsible words and behavior, Chun has caused unnecessary social conflict."

The foundation, along with other interest groups representing victims of the Chun-led crackdown in 1980, issued a statement calling on the court to make the right decision.

"The court should set history straight by handing down a sentence on Chun, who has been distorting history with his lies," they said. "This trial is significant in that it is the formal recognition by our judicial branch of the helicopter shooting. The court must show that fabrication will no longer be tolerated." 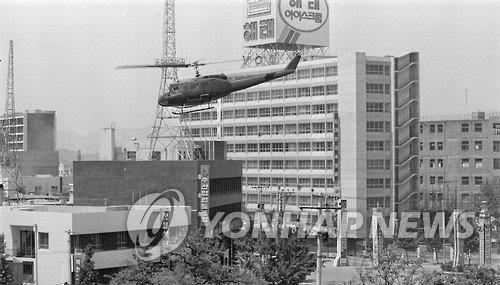