SEOUL, Oct. 5 (Yonhap) -- Defense Minister Suh Wook and U.S. Ambassador Harry Harris agreed Monday to work together to strengthen the alliance between the two countries, calling it a "linchpin" of regional security, the defense ministry said.

Their meeting marked the first time since Suh took office as defense minister about two weeks ago.

"Minister Suh and Ambassador Harris agreed that the ironclad South Korea-U.S. alliance is the linchpin of Northeast Asia's security, peace and prosperity and vowed to closely communicate for the development of the alliance" between the two countries, the ministry said in a release.

The defense minister is planning to visit Washington this month for his first talks with U.S. Defense Secretary Mark Esper, officials earlier said. The visit, if realized, will be Suh's first overseas trip since his inauguration. 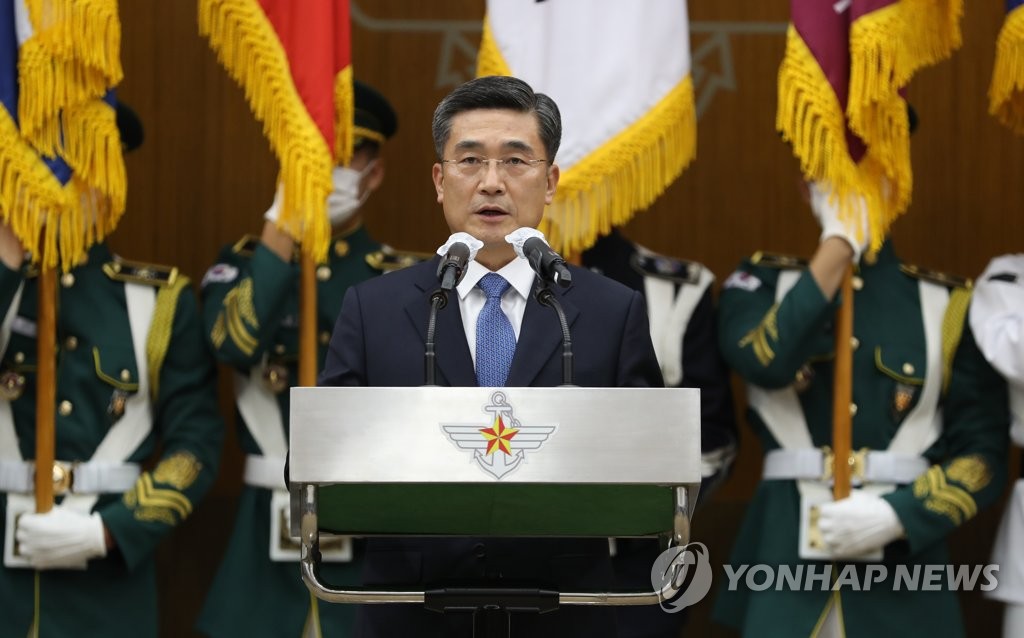