SEOUL, Oct. 5 (Yonhap) -- The combined revenue for South Korean movie theaters declined by over 70 percent as the new coronavirus pandemic has continued for months, according to a lawmaker Monday.

Cinemas across the country posted revenue of 415.1 billion won (US$356.9 million) in the first nine months of this year, more than a 70 percent fall from 1.448 trillion won a year ago, Rep. Park Jeung of the ruling Democratic Party said.

The number of moviegoers also fell by some 70 percent, from 170 million to 48 million, over the same period, the lawmaker said citing data from the Ministry of Culture, Sports, and Tourism.

In the latest tally, for the week from Aug. 31 to Sept. 6 when the country was under toughened virus curbs of Level Two, theaters in most regions, aside from Seoul, recorded over 90 percent drop both in the number of moviegoers and revenue.

South Jeolla Province saw the largest drop of 94.2 percent, followed by Gangwon Province and the southeastern city of Ulsan, both at 93.9 percent. 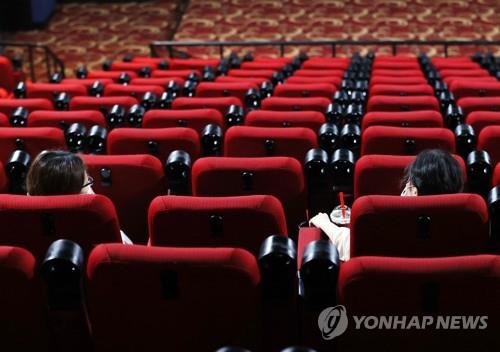 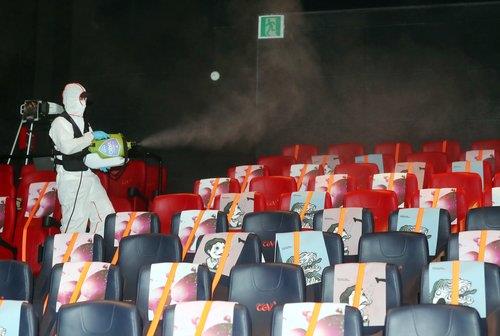 Despite the losses, movie theaters have so far been successful in preventing the spread of the virus, according to the lawmaker.

A total of 49 people who have contracted the virus were found to have visited cinemas between February and September, but no virus transmissions were reported among the 31.5 million people who used the facilities during the same period, he said, citing a separate tally from the Korean Film Council.

"Antivirus measures seem to be well implemented in movie theaters but it is true that concerns still exist," the lawmaker said, calling for measures to encourage the people to visit theaters without concerns and keep the local film industry from collapsing from the pandemic.