SEOUL, Oct. 5 (Yonhap) -- South Korea on Monday reported one more case of an injection with a potentially defective flu vaccine.

The Korea Disease Control and Prevention Agency (KDCA) said as of Sunday, 2,296 people had received the vaccines that were exposed to room temperature, up one from the previous day.

The number of people who have reported abnormal reactions, such as a fever and chills, has stayed at 12 since last Wednesday. 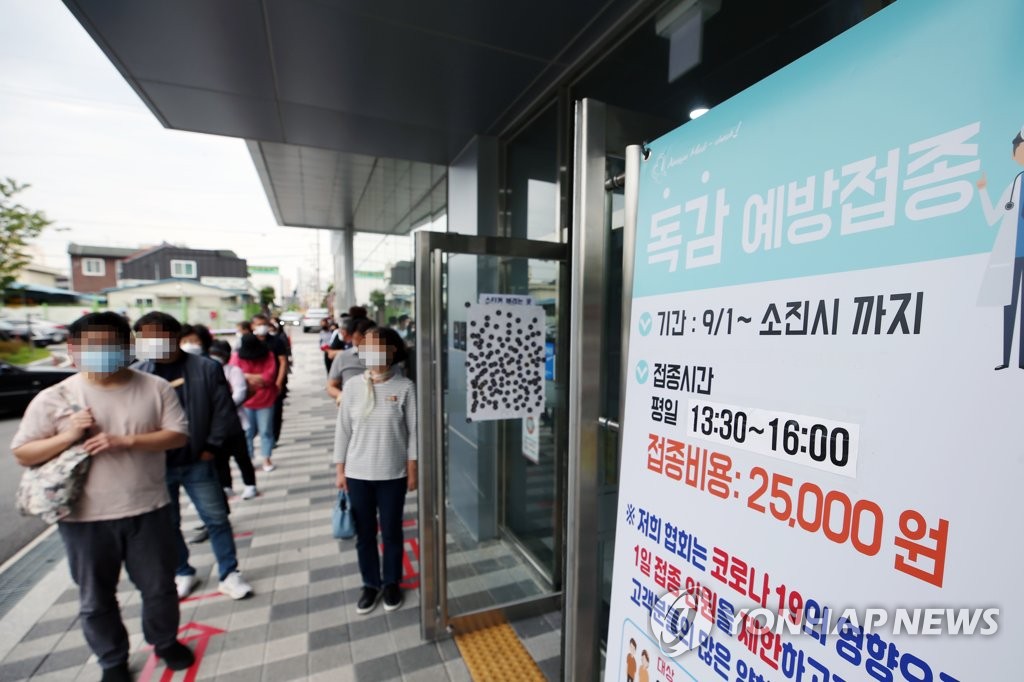 In September, the public health agency temporarily halted its plan to offer free seasonal flu shots after some of about 5.78 million doses of flu vaccines were partially exposed to temperatures outside the storage range.

Inactivated vaccines should be refrigerated, and exposure to room temperature could result in decreased vaccine potency and increased risk of vaccine-preventable diseases.

The KDCA claimed on Sept. 22 that no one had received the mishandled flu shot. Three days later, it said 105 people had been injected with the vaccine, and the figure has since been climbing.

The KDCA has been conducting quality tests on those vaccines, in conjunction with the Ministry of Food and Drug Safety, and their findings will be announced Tuesday.
(END)