Moon took note of Brazil's contributions to the development of the WTO, as Roberto Azevedo of the South American country served as its director general from September 2013 till August 2020. 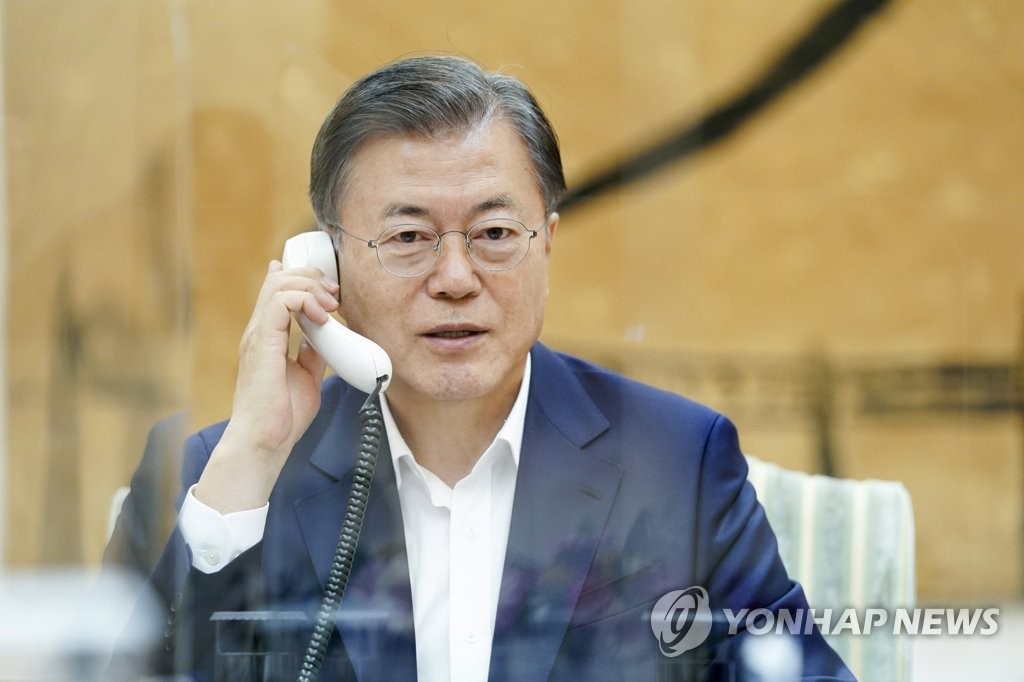 Moon stressed that Yoo is the "optimal" figure to lead the WTO in order to realize the common goals of South Korea and Brazil: expansion of free trade, development of the WTO and restoration of the multilateral trade system, Kang said.

Bolsonaro was quoted as replying that he fully recognizes her capability.

Yoo is competing with candidates from Nigeria, Kenya, Saudi Arabia and Britain in the second round of the elimination process, which is set to run through Tuesday.

In the second round, three out of five candidates will be removed, leaving just two to compete in the third and final stage for the top post of the global trade body.

On the COVID-19 response, Bolsonaro said he respects South Korea as an exemplary nation.

Moon expressed hope that South Korea and Brazil will broaden and diversify bilateral cooperation to such fields as trade, infrastructure, science-technology and healthcare and medical services, not just working together against the coronavirus.

The leaders agreed to resume talks for a free trade agreement between South Korea and the South American trade block Mercosur at an early date, the Cheong Wa Dae spokesman said.

In 2018, South Korea agreed with the four member states of Mercosur -- Brazil, Argentina, Paraguay and Uruguay -- to launch trade talks.