According to the source, Seoul and Beijing have been in talks to have Wang travel to Seoul sometime next week, but the potential trip has been pushed back indefinitely.

There was speculation that U.S. State Secretary Mike Pompeo's cancellation of his visit to Seoul could have affected Wang's decision to put the Seoul trip on hold.

But the source said Wang's decision was made before Pompeo's cancellation.

Wang is expected to visit Seoul around his trip to Japan following the annual plenum of the Chinese Communist Party set for Oct. 26-29 in Beijing.

Once in South Korea, Wang and South Korean officials are expected to discuss Chinese President Xi Jinping's trip to South Korea, which was postponed due to the coronavirus pandemic.

Also on the agenda would be political affairs on the Korean Peninsula following North Korea's fatal shooting of a South Korean government official. 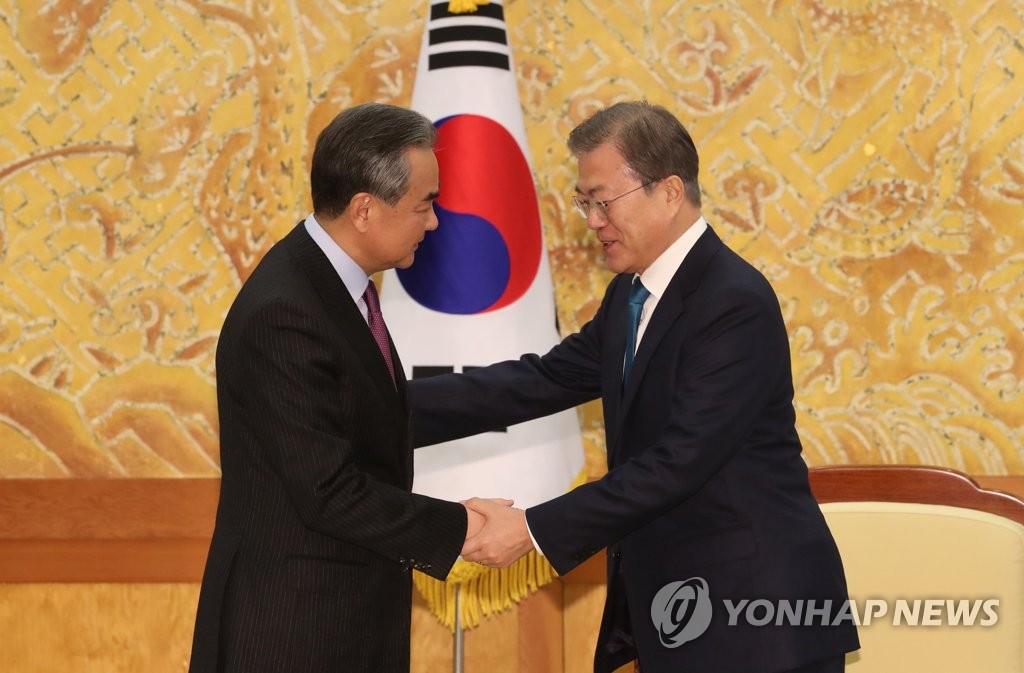