WASHINGTON, Oct. 5 (Yonhap) -- South Korean boy group BTS' latest hit "Dynamite" spends the sixth week of release at the No. 2 spot on Billboard's main singles chart this week, a week after it made a surprise return to the top spot, Billboard reported Monday.

The Billboard Hot 100 chart is set to be refreshed Tuesday.

The song made a splashing debut, becoming the 43rd song ever to take the top spot on the Billboard Hot 100 in the first week of its release.

"Dynamite" dipped to the No. 2 spot after spending the first two weeks at the summit, but made a surprise come back to the No. 1 spot last week, largely helped by the release of its remixes.

Despite its slip to the No. 2 spot this week, the song continued to dominate the U.S. music industry, in terms of digital song sales with 86,000 downloads sold, according to Billboard.

It also became the South Korean septet's first song to top 40 hit on the Radio Songs chart, rising from to No. 39 spot this week from 42 a week earlier, it said Monday. 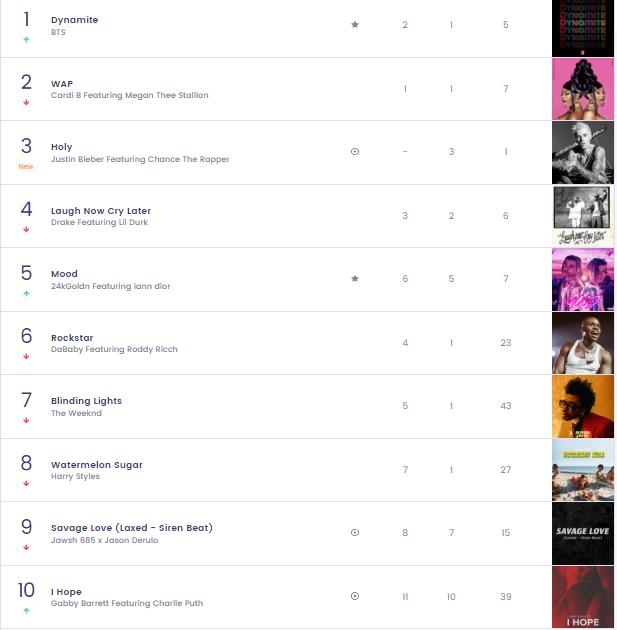