SEJONG, Oct. 6 (Yonhap) -- The government has collected more than 100 trillion won (US$86.2 billion) in various fees over the past five years, state data showed Tuesday.

The government had imposed a total of 90 fees on businesses and self-employed people as of 2019, the same as the number posted the previous year, according to the data from the finance ministry.

By law, the government can impose fees, which serve as quasi-taxes, to raise funds for specific public services. 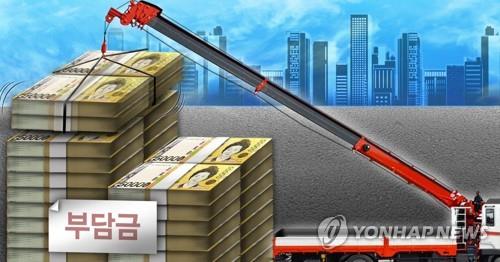 Gov't collects over 100 tln won in fees over 5 years

Gov't collects over 100 tln won in fees over 5 years