The on-month increase was down sharply from the 4.1 trillion won gain in August from the prior month.

Industry watchers attributed the slowdown mainly to tougher government regulations on unsecured loans as consumers and self-employed people rushed to borrow money amid an economic slump.

Ultra-low interest rates have sent retail investors taking out bank loans to invest in stocks, while the coronavirus outbreak has forced people without jobs and furloughed workers to borrow money from banks to make ends meet.

Meanwhile, outstanding home-backed loans extended by local banks stood at 461.4 trillion won as of end-September, up 4.4 trillion won from a month earlier.

Combined time deposits at the major banks totaled 635.8 trillion won in September, up 7.2 trillion won from the previous month, according to the data. 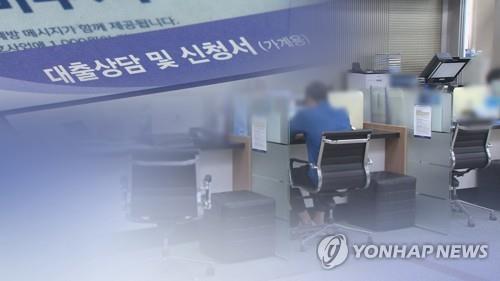