The phone call marked the first talks between the two since Won took office about two weeks ago.

"The JCS chairmen of the two countries evaluated that a close cooperative relationship is maintained between the military authorities of South Korea and the U.S., and agreed to actively support the diplomatic efforts of the two governments for the complete denuclearization of the Korean Peninsula and the establishment of a lasting peace," the JCS said in a release. 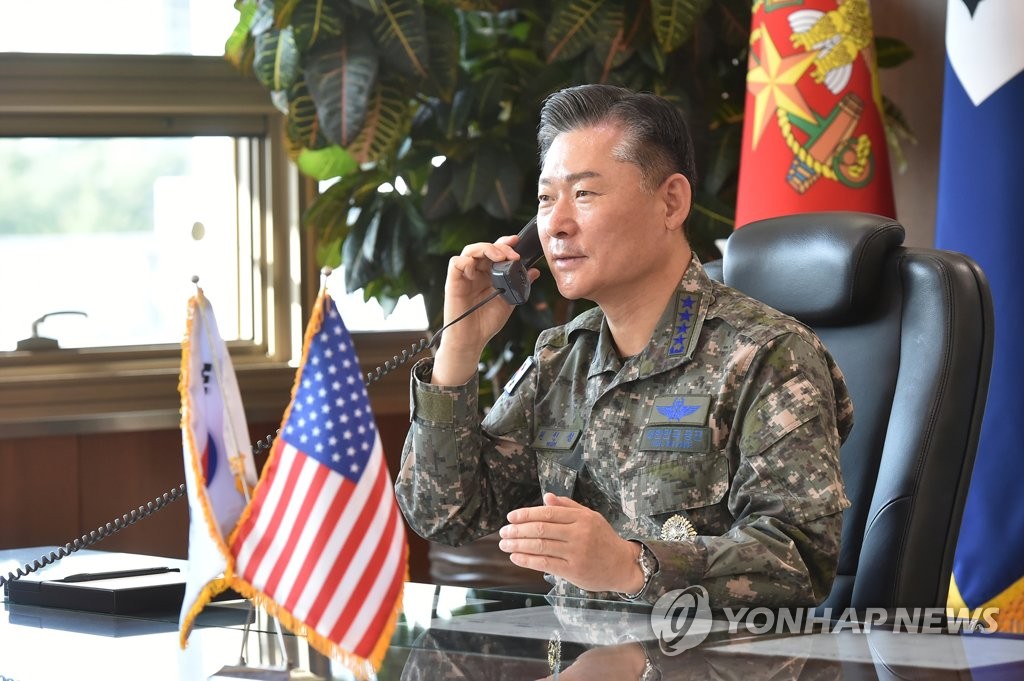