Dozens of overseas Korean Cultural Centers in 27 countries, including the United States, Canada, Russia and Japan, will host various events, such as Korean speech and calligraphy and song contests and special lectures, to mark the 574th Hangeul Day on Friday, the culture ministry said in a release.

The Korean Cultural Center, Los Angeles will host a Korean speaking contest on any content related to the Korean language or culture until Oct. 16, while a center in New York plans to host a Korean calligraphy contest until this Friday.

The Korean Cultural Centre India and Jawaharlal Nehru University in New Delhi also plan to throw diverse events, such as a quiz on Korea, a Korean song contest, ad a Hangeul handwriting competition, from Thursday to Friday. India has added Korean to its foreign language education in July.

Due to the spread of the new coronavirus across the world, however, most of the events will be held online, according to the ministry.

"We hope Hangeul Day will serve as an opportunity to let foreigners around the world learn of the excellence of Hangeul through a variety of events and further spread the Korean language and its writing system to the world," an official at the Korean Culture and Information Service affiliated with the ministry was quoted as saying in the release. 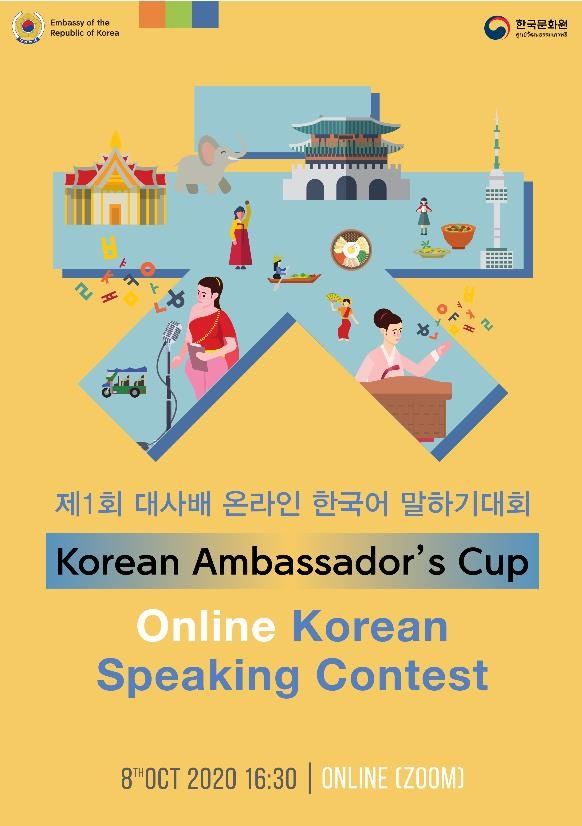