SEOUL, Oct. 6 (Yonhap) -- The family of a South Korean fishery official shot dead by North Korean troops at sea asked the United Nations on Tuesday to investigate the killing, as Pyongyang has remained silent on Seoul's demand for a joint probe.

Lee Rae-jin, the older brother of the deceased official, held a press conference in front of the United Nations Human Rights Office in Seoul, requesting the international agency to "inform international society of the cruel brutality of North Korea and conduct a fair and objective investigation."

"We hope this incident serves as a foundation in preventing similar incidents in the future," Lee said in the request addressed to Tomas Ojea Quintana, United Nations' special rapporteur on the situation of human rights in North Korea. 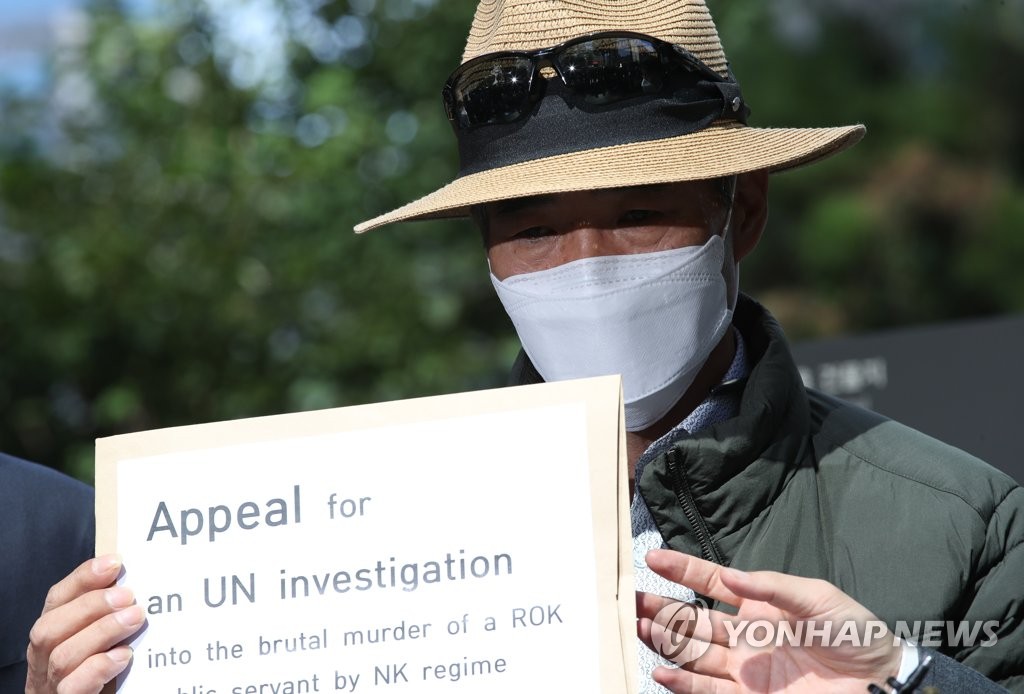 The U.N. human rights office in Seoul did not respond immediately to the family's request. But the office tweeted that the two Koreas should conduct a probe into the Sept. 22 killing.

"Both Koreas are obligated under international human rights law to undertake a prompt, impartial and effective investigation into the incident and make its findings public," the office said in the tweet.

"The DPRK should engage with the ROK to facilitate the return of the remains of the deceased and his personal belongings to his family," it added.

Lee also asked the international community to actively participate in the investigation so that his brother's sacrifice could serve as a "precious message of peace." Lee was accompanied by Reps. Tae Young-ho and Ha Tae-keung of the main opposition People Power Party.

On Monday, the deceased official's son also questioned the South Korean government's announcement that his father sought defection and pleaded with the president to find the truth about his father's death.

In a letter sent to President Moon Jae-in, the son asked, "Do you think it really makes sense that my father, who never learned how to swim and weighed only 68 kg for his height of 180 cm, swam 38 km against the tidal current?" The letter was made public by the uncle. 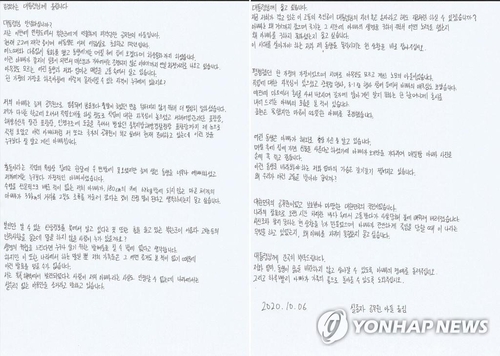 South Korea's military and Coast Guard concluded that the official was shot dead by the North Korean military in waters around Yeonpyeong Island on Sept. 22, while he was trying to defect to the North. The island is located near the Northern Limit Line (NLL), the de facto inter-Korean sea border.

In reaction to the letter, Moon expressed sympathy to the son, according to Cheong Wa Dae spokesman Kang Min-seok.

Kang said the president plans to send a personal reply to the son. According to the spokesman, the son's letter has not yet arrived at the presidential office.

"My heart hurts, too," Moon was quoted as saying after being briefed on the letter. "I send my condolences (to the son) in bearing the pain with his mother and brother," Moon added. 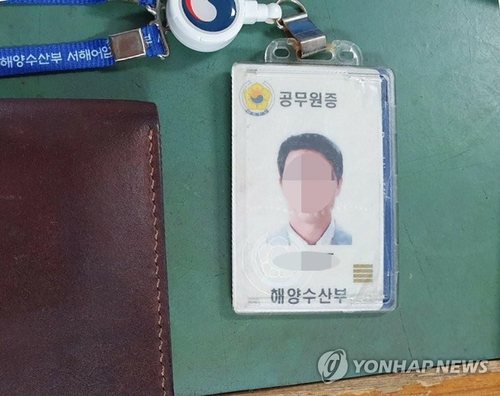 Later in the day, Lee demanded that the defense ministry release information that serves as grounds for the government's assessment that his brother tried to defect to the North.

He specifically asked for the audio file of a wiretapped conversation between his brother and North Korean troops before the killing. Lee also asked the ministry to disclose video clips recorded by the South Korean military's surveillance equipment that show the North's burning of the brother's body.

"The data will verify if he really expressed his desire to defect and if he expressed his real intention," lawyer Kim Ki-yun said in a press conference. "The information will also reveal if the ministry worked properly to save his life, and allow the bereaved family to see the last moment of their loved one."

The defense ministry refused to confirm if it has those materials, citing military secrets, and simply said it will "review related contents and make responses."

Earlier, the ministry said that equipment on Yeonpyeong Island captured flames around the time the North shot the official to death and burned his body, and it learned of the North's cruel act by analyzing intelligence from various sources. 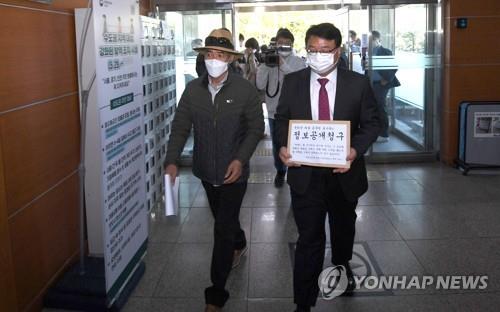