"Why is it OK for Son Heung-min but not for BTS?," Rep. Noh Woong-rae of the ruling Democratic Party said in a radio interview with CBS, referring to the military exemption for South Korean footballer Son of the English Premier League's Tottenham Hotspur.

Son secured an exemption in September 2018, when the Korean national team defeated Japan to win the gold medal at the Asian Games. All able-bodied South Korean men between the ages of 18 and 28 are ordered to serve in the military for about two years for national defense against North Korea.

By law, the country's military offers special treatment, such as exemptions or deferrals, to international award-winning athletes and classical musicians for their roles in elevating the country's overseas reputation.

But amid the growing outreach and influence of K-pop and South Korean cultural content, questions have been raised on whether the program should also include prominent pop celebrities such as BTS.

Noh, a three-term lawmaker and a member of the DP's supreme council, said BTS singers should be allowed to serve their duties through alternative services outside of the military so as to avoid a career hiatus.

"Let them carry out their duties but in a way that benefits national interest," Noh said.

The lawmaker on Monday also called for parliament to start discussions on the matter for legislation.

"BTS has generated an economic effect of 1.7 trillion won (US$14.7 billion) by topping the Billboard chart. It's impossible to even begin to estimate the value it has brought about in terms of promoting 'hallyu' and elevating national prestige," Noh stated during the DP's supreme council meeting Monday.

Hallyu is a term for the global popularity of South Korean pop culture, such as music and TV shows.

The topic of military duty in general is a highly sensitive subject in South Korea, with singer PSY of "Gangnam Style" having been infamously redrafted into active duty in 2007 after he was found to have neglected his duties while carrying out an alternative civil service.

Former Korean-American singer Yoo Seung-joon has also been legally barred from entering South Korea since 2002, when allegations emerged that he dropped his Korean citizenship in order to avoid serving in the military.

Noh suggested operating an independent review committee to deliberate on whether BTS qualifies for preferential treatment. He also recommended utilizing the group in national promotions, such as the publicizing of South Korea's sovereignty over the eastern islets of Dokdo in the East Sea.

Kim Jong-cheol, a candidate for the leadership race in the minor progressive Justice Party, however, opposed offering BTS special treatment.

"BTS members themselves have repeatedly stated that they will diligently carry out their military duties. It could also cause an unnecessary controversy on the issue of fairness among other young men," Kim wrote on Facebook on Monday.

Last month, BTS surprised the nation by debuting at No. 1 on Billboard's main singles chart with its latest single "Dynamite," becoming the first South Korean singer or group to achieve the feat. 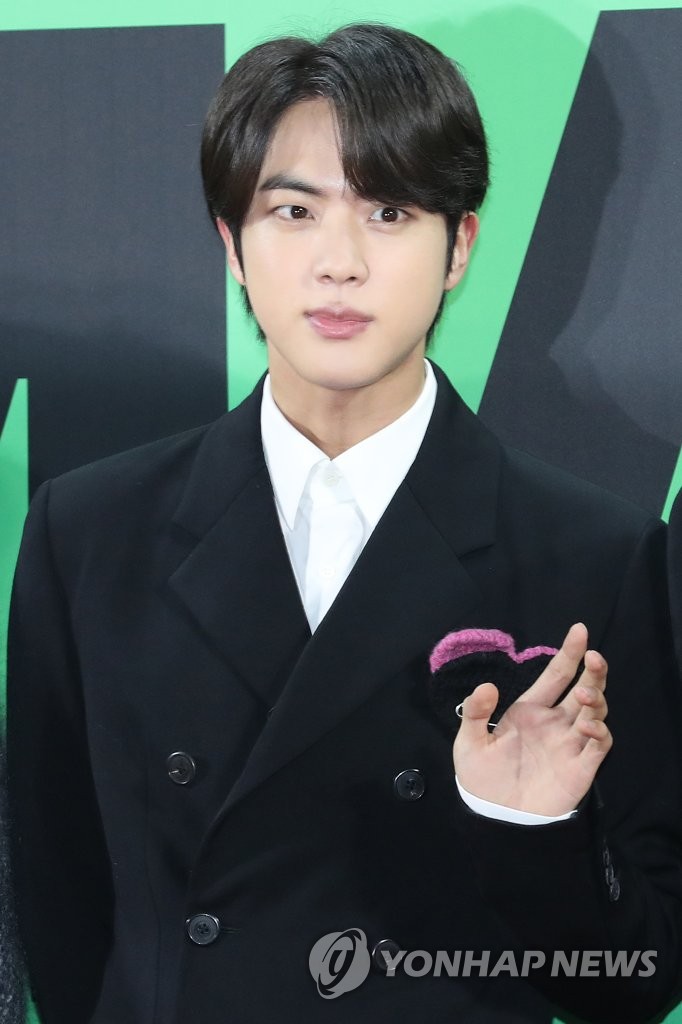 Born in 1992, BTS member Jin, the eldest of the seven singers, is subject to enlistment by the end of the year. But Big Hit Entertainment has stated that Jin could potentially postpone his draft until the end of 2021, citing his enrollment in an online graduate course at Hanyang Cyber University.

BTS members stated in February that they consider military duty as something that should be obviously served out and that they will answer the call of duty whenever the nation demands.

BTS should be given preferential treatment for military: lawmaker

BTS should be given preferential treatment for military: lawmaker