Daewoo Shipbuilding plans to commercialize the ammonia-fueled 23,000 TEU container carrier by 2025, the company said in an emailed statement.

TEU stands for twenty-foot equivalent unit, a measurement of a ship's cargo capacity.

In a bid to develop the ammonia-propelled container carrier, Daewoo Shipbuilding has joined hands with Lloyd's Register and global engine maker MAN Energy Solutions since June, the company said. 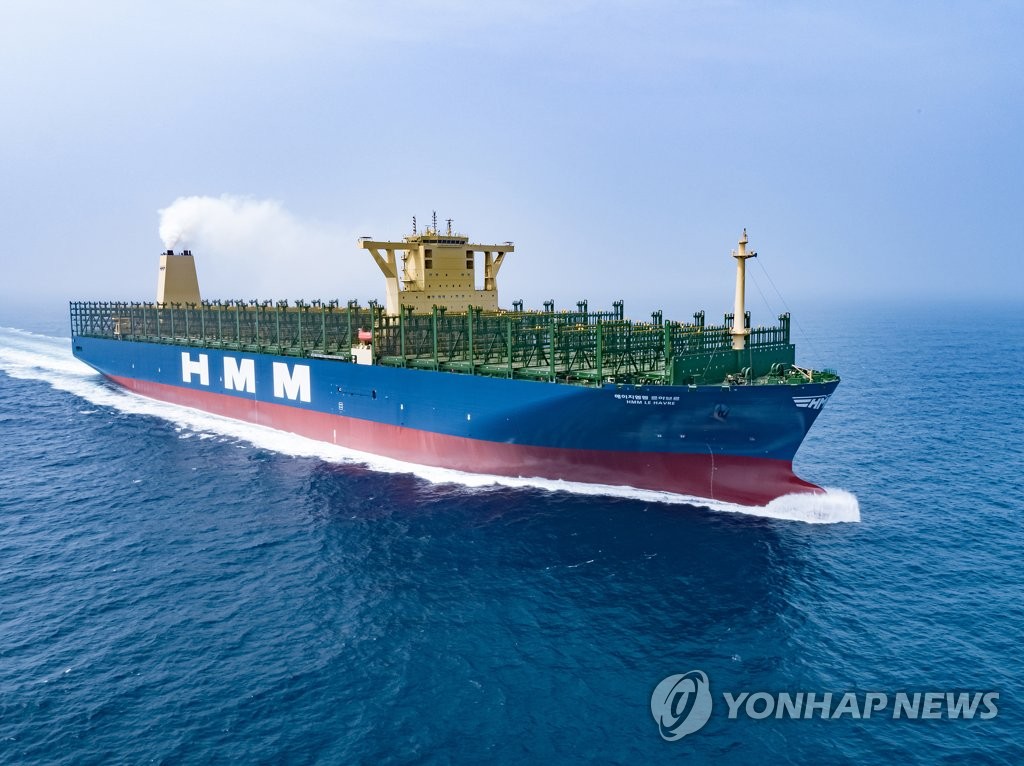 Hyundai Mipo obtained approval for its ammonia-powered 50,000 DWT oil tanker from Lloyd's Register in July, while Samsung Heavy Industries got the nod for its ammonia-fired A-Max tanker in September from the British company.

The A-Max tankers refer to 85,000 to 125,000-deadweight-tonnage oil tankers, which are in the highest demand and most economically feasible among other oil tankers.

DWTs are a measure of the combined weight of cargo, fuel, fresh water, ballast water, provisions, passengers and crew that a ship can carry.

Samsung Heavy and Hyundai Mipo plan to commercialize their ammonia-fueled ships by 2024 and 2025, respectively.

MAN Energy Solutions is in charge of developing the engine of the shipbuilders' eco ships.

Ammonia has been attracting the attention of global shipbuilders as eco-friendly ship fuel that does not emit carbon dioxide when it is burned.

The International Energy Agency expects ammonia to be one of the main fuels for ships in 2060, according to a report.

The International Maritime Organization (IMO) has adopted mandatory steps to cut emissions of carbon dioxide from ships by more than 30 percent by 2025 compared with 2008 and 70 percent by 2050.

This year, the IMO lowered the sulfur cap on fuel content from 3.5 percent to 0.5 percent.