SEOUL, Oct. 6 (Yonhap) -- South Korea's exports of agricultural products rose 6.5 percent on-year in the January-September period, data showed Tuesday, on the back of strong overseas demand for kimchi and other traditional fermented products.

Outbound shipments of agricultural goods reached US$5.51 billion over the first nine months of 2020, up $5.18 billion posted over the same period a year earlier, according to the data released by the Ministry of Agriculture, Food and Rural Affairs.

By category, outbound shipments of fresh products moved up 0.2 percent on-year to $986 million. Those of processed goods also increased 8 percent to hit $4.5 billion. 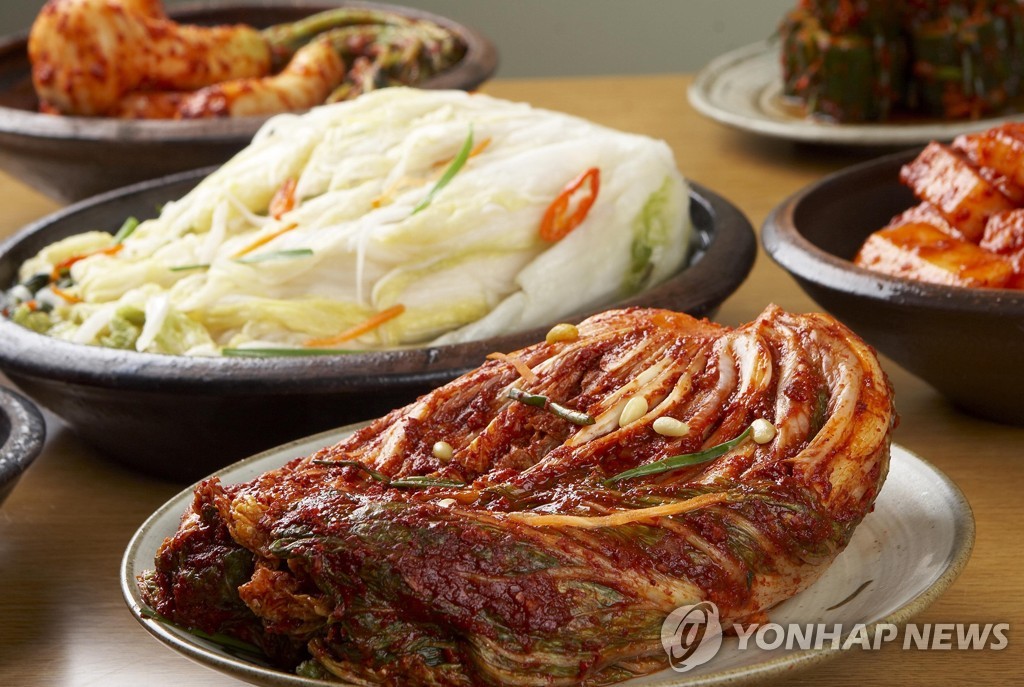 The increase was largely attributable to the rising demand for healthy food items overseas amid the new coronavirus pandemic.

Exports of kimchi reached a record high of $18 million over the cited period, soaring 38.5 percent on-year. Kimchi is a traditional Korean side dish normally made of fermented cabbage, salt and hot peppers, and it is eaten with almost all meals.

South Korea also diversified export destinations for kimchi products. Japan, which accounted for 80 percent of the outbound shipments in 2012, took up around 50 percent over the January-September period.

Instead, shipments to the United States, Hong Kong, Taiwan and Australia sharply gathered ground, according to the ministry.

"The gain came as South Korea utilized the boom of Korean pop culture overseas, while releasing customized kimchi products for different countries, such as those made without salted seafood for vegetarians," the ministry said in its report.

Exports of fermented bean and pepper pastes, along with soy sauce, also shot up 31 percent over the period.

By destination, exports of overall agricultural goods to Japan edged down 6.8 percent to $986 million. Those to the U.S., on the other hand, shot up 41.2 percent to $881 million.

Exports to China gained 2.1 percent on-year to $820.2 million over the January-September period, it added.

South Korea said it plans to continue to expand the sales of agricultural goods for the remaining 2020, especially promoting the global sales of grapes and ginseng as well.

The country's overall exports, meanwhile, rebounded for the first time in seven months in September amid the coronavirus pandemic, helped by increased shipments of chips and automobiles as major trade partners gradually resumed their business activities amid the pandemic.

Outbound shipments came to US$48 billion last month, up 7.7 percent from the $44.6 billion posted a year earlier, the government data showed.