BUSAN, Oct. 6 (Yonhap) -- A man has been arrested here for allegedly possessing illegally filmed sexual footage in the first case of its kind in the country, police said Tuesday.

According to Busan Metropolitan Police Agency, the man, in his 20s, is suspected to have downloaded hundreds of photos and videos depicting child sexual abuse and saved them to his PCs and mobile phones.

This was the first arrest made since a revised anti-sex crime law requiring punishment of possessors of illegally filmed materials took effect on May 19, according to the police.

Under the revised law, those who possess, purchase, download or watch illegally filmed materials or their copied versions can be imprisoned up to three years in prison or fined up to 30 million won (US$25,888). The original law had only punished those who produce, distribute or sell such materials.

The revision came as public outrage swelled after a massive digital sex crime ring involving a string of sexual exploitation cases centered on Telegram group chatrooms was busted earlier this year. Dozens of women and girls were blackmailed into providing their sexual videos and photos for the pay-to-view rooms in the case.

"Acts of possessing materials unlawfully filmed or distributed without the consent of the victims can be sternly punished under the revised laws," a police officer said. 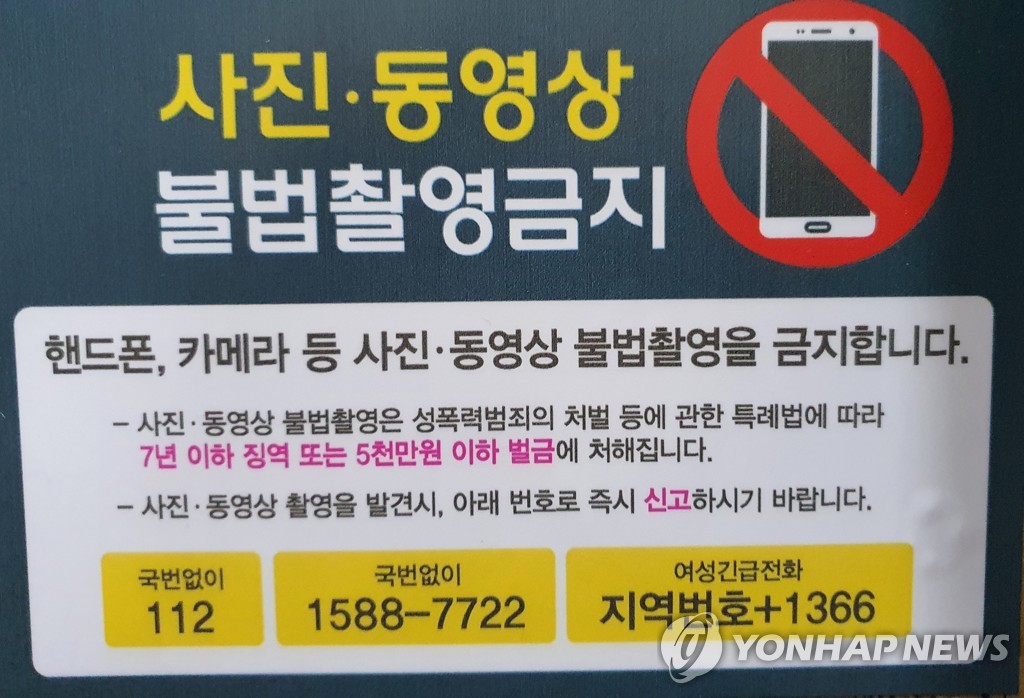