The fine, announced by the Korea Fair Trade Commission (KFTC), is the nation's first that the regulator has levied on a technology platform operator for making algorithmic changes that favor a certain business.

The accusation is also expected to undermine consumers' trust in Naver's services, including search, shopping and news.

According to KFTC, Naver made algorithmic changes in favor of the company at least six times between 2012 and 2015.

In February 2012, or two months before Naver began its own online shopping service, Naver manipulated search algorithms that lowered the rankings of goods sold by competitors, such as Gmarket and Interpark. 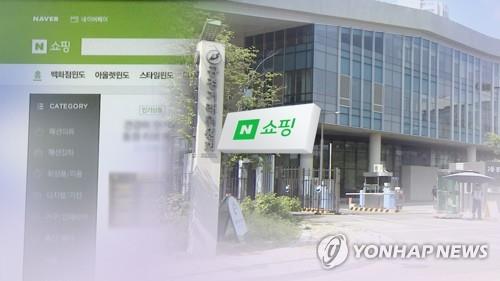 Naver also tweaked its algorithms to show more search results for goods and services when they are linked to the company's payment service, Naver Pay.

Naver accounted for about 70 percent of the search market in online shopping.

The tech giant said it would dispute KFTC's decision in court, arguing the algorithmic changes were unrelated to excluding competitors.

"We express deep regret at the KFTC's decision," Naver said in a statement. "The changes as pointed out by KFTC are a result of efforts to provide optimal search results based on users' diverse needs."