SEOUL, Oct. 6 (Yonhap) -- The government will propose revisions to the existing laws to allow abortion until the 14th week of pregnancy, judicial sources said Tuesday.

They said the justice ministry will announce its plan to revise the Criminal Act and the Mother and Child Health Act on Wednesday as a follow-up to a Constitutional Court ruling in April last year.

The court ruled that anti-abortion provisions of the Criminal Act are unconstitutional as they violate women's right to choose too much and gave the National Assembly until the end of this year to revise the law.

Currently, abortion is a crime punishable by up to three years in prison even if it is conducted at an early stage of pregnancy.

Under the revisions, no criminal charges should be filed for abortion until the 14th week of pregnancy. Abortion is still possible until the 24th week into pregnancy if there are extenuating circumstances, such as rape.

The public will have around 40 days to submit their opinions about the revisions before they are sent to the National Assembly for approval. 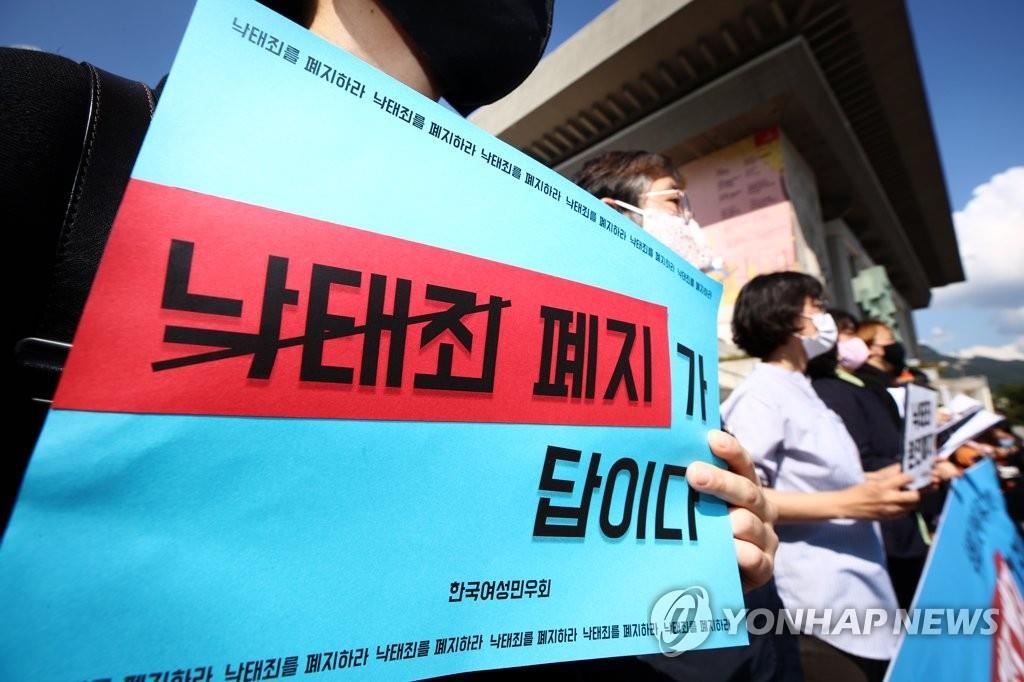 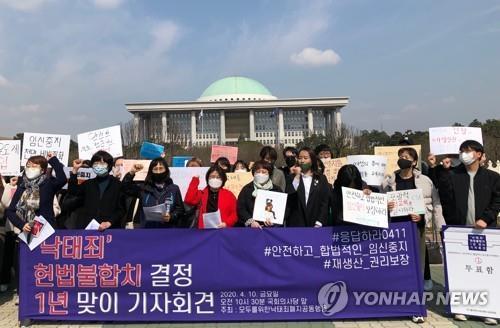 According to two articles of the country's Criminal Act, which was made into law in 1953, a woman who "procures her own miscarriage through the use of drugs or other means" shall be punished by imprisonment of up to one year or by a fine of up to 2 million won (US$1,685). Also a doctor who performs an abortion with a patient's consent can be slapped with imprisonment of up to two years and up to three years if performed without permission. Abortions are only legally allowed in case of rape or when carrying out the pregnancy is likely to put the expectant mother's health at great risk. 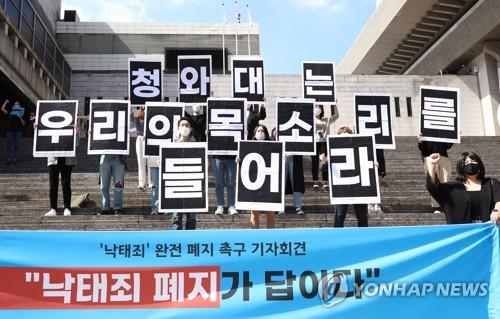