SEOUL, Oct. 6 (Yonhap) -- The Seoul office of the U.N. human rights body called Tuesday on the two Koreas to conduct a "prompt, impartial" probe into the recent killing of a South Korean fisheries official.

The Office of the U.N. High Commissioner for Human Rights (OHCHR) in Seoul made the call in a tweet, amid Seoul's repeated calls for a joint probe into the incident involving the 47-year-old official shot to death by the North Korean military on Sept. 22.

"Both Koreas are obligated under international human rights law to undertake a prompt, impartial and effective investigation into the incident and make its findings public," the office said in the tweet.

"The DPRK should engage with the ROK to facilitate the return of the remains of the deceased and his personal belongings to his family," it added.

The statement came as Lee Rae-jin, the elder brother of the ill-fated official, visited the U.N. office in Seoul to request a "fair and objective" probe into the killing incident and let the international community know about the North's "cruel atrocity."

He was accompanied by Reps. Tae Young-ho and Ha Tae-kyeung of the main opposition People Power Party. 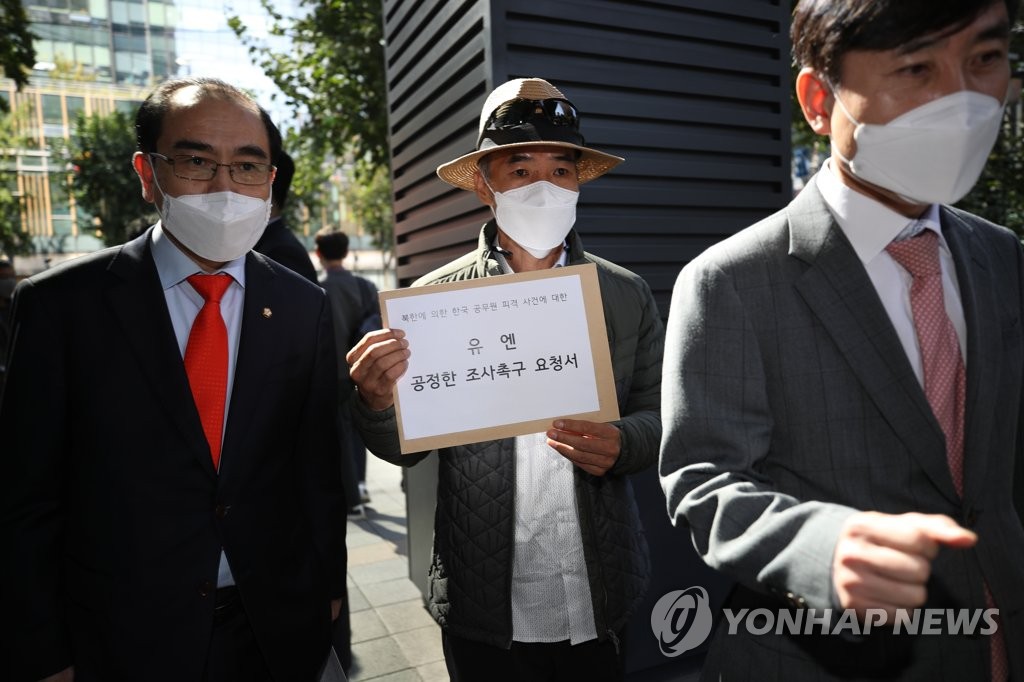