SEJONG, Oct. 6 (Yonhap) -- Finance Minister Hong Nam-ki said Tuesday that proposed rules to ensure fiscal soundness in 2025 are "not loosening," rebutting criticism that the government may not seek to keep a tight rein on public debt.

Hong made the remarks a day after the ministry unveiled details of the rules that will keep the nation's debt-to-GDP ratio to 60 percent and its consolidated fiscal balance at minus 3 percent in 2025.

"As the debt-to-GDP ratio is rising to 60 percent, the fiscal rules are not loosening," Hong told reporters.

This year, the government's fiscal deficit is also expected to stand at 4.4 percent, Hong said.

Public debt is expected to rise in coming years because fiscal policy should play an active role in reviving economic growth in the wake of the coronavirus pandemic, Hong said.

Efforts to narrow fiscal deficit are "desirable" at a time when public debt is on the rise, Hong said. 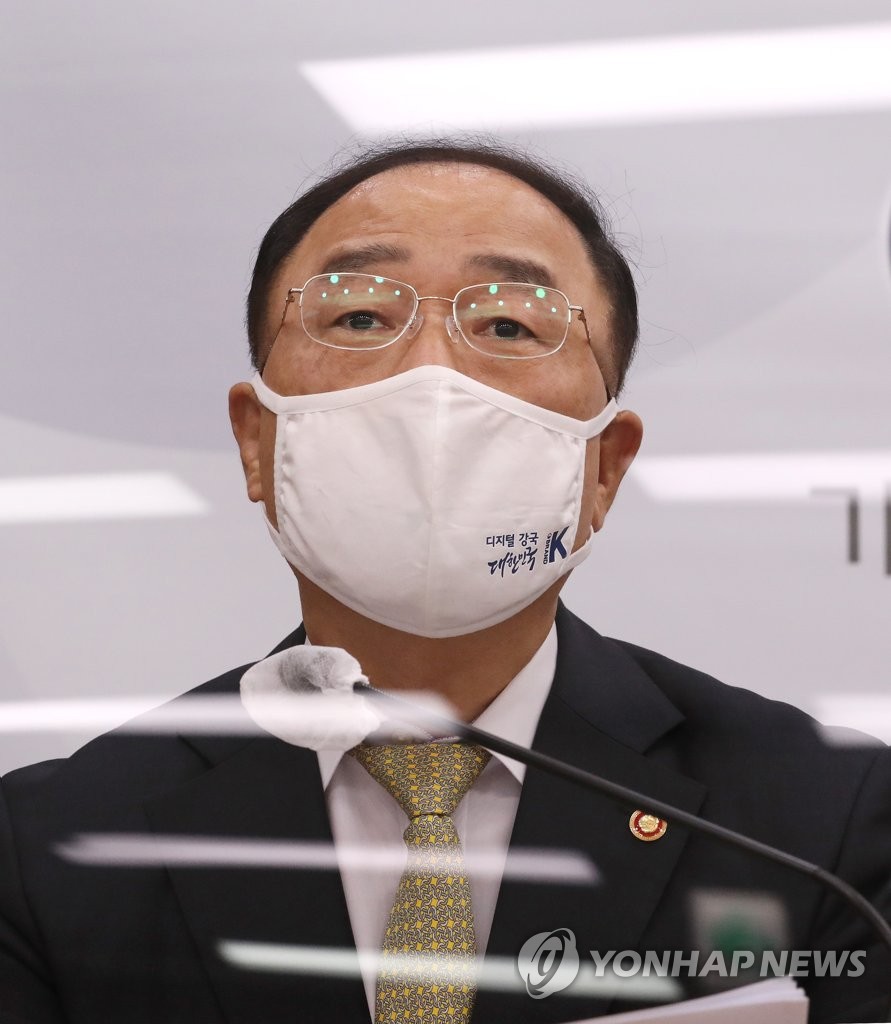 Under the rules, the government will be required to draw up measures to ensure fiscal soundness if the fiscal deficit exceeds the limit.

However, such rules will be exempted in a time of crisis, like the coronavirus pandemic, the ministry said.

The rules come amid concerns that this year's four extra budgets could strain fiscal health.

The four extra budgets are expected to take the nation's debt-to-GDP ratio to 43.9 percent this year, compared with just below 40 percent before the pandemic.

Pounded by the coronavirus outbreak, the nation's economy has plunged into a recession, as its gross domestic product shrank 3.3 percent in the second quarter after a 1.3 percent on-quarter retreat three months earlier.