He cited a report from Culture Minister Park Yang-woo during a weekly Cabinet meeting earlier in the day that Hangeul, the Korean alphabet and script, is growing popular abroad.

This year's Hangeul Day, the celebration of the invention and proclamation of Hangeul by Sejong the Great in 1443, falls on Friday.

The number of King Sejong Korean language training institutes, funded by the South Korean government, has increased to 213 in 76 nations, according to Moon.

In particular, India's love of Hangeul is extraordinary, the president wrote on his Facebook page. 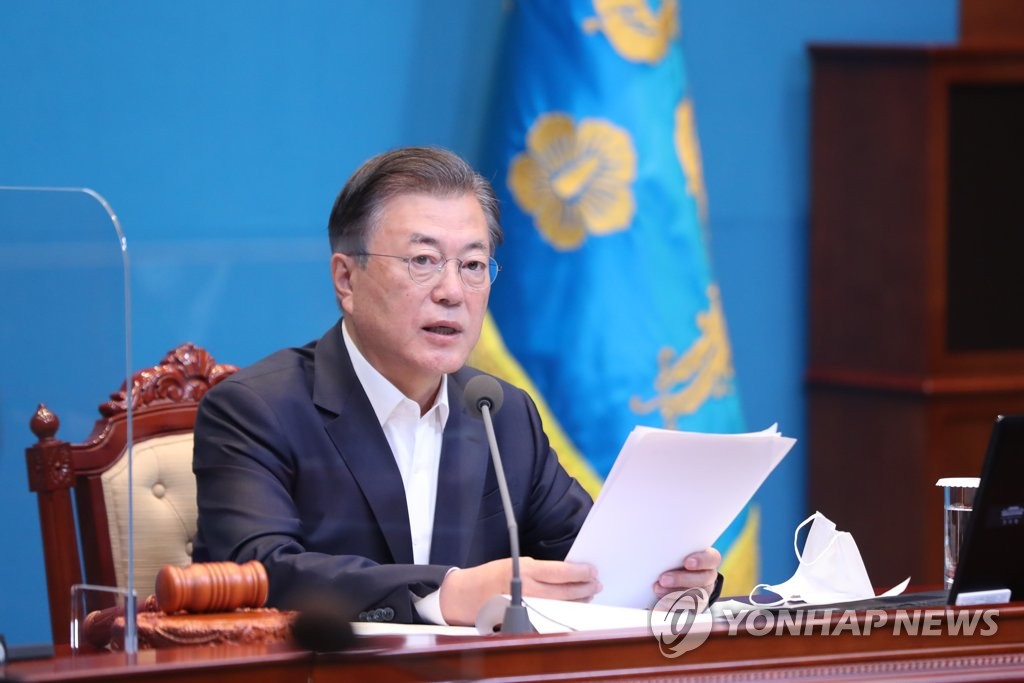 In late July, India included Korean among the second languages to be taught at public schools and the Korean Cultural Center in New Delhi plans to hold various events together with Jawaharlal Nehru University on Hangeul Day, he noted.

"It's highly meaningful in that India is the second most populous country in the world and is a core partner for the New Southern Policy that our government is pursuing," Moon said.

The popularity of Korean language is growing each year, he added.

Two decades after the first Korean language class abroad was created in the United States, it's being taught at schools in 41 countries, Moon said.

"The government will lay a robust foundation for the New Southern Policy and the New Northern Policy by spreading Korean language and publicizing Korean culture more broadly," Moon said.