SEOUL, Oct. 7 (Yonhap) -- A senior North Korean artist known for his trip to South Korea in 2018 to conduct an orchestra ahead of the PyeongChang Winter Olympics received the "Endeavor Hero of the Democratic Republic," a high title of honor, state media reported Wednesday.

Jang Ryong-sik was bestowed the hero title, along with the national first-degree medal, for his "absolute loyalty" to the ruling Workers' Party and "contribution" in the artistic area for a long time, according to the Korean Central News Agency.

Jang is one of the most famous musicians in North Korea and known here for his trip to South Korea in 2018 ahead of the PyeongChang Winter Olympics.

He conducted the performances of the Samjiyon Orchestra in Seoul and the eastern coastal town of Gangneung in February 2018 to celebrate South Korea's hosting of the Winter Olympics.

The 2018 Olympics helped thaw long-frozen inter-Korean ties, as the North sent its athletes and cheerleaders to the sports event, which led to the historic first-ever summit between the United States and the North.

Last year, Jang and Hyun Song-wol, the head of the Samjiyon Orchestra, were appointed as vice directors of the Propaganda and Agitation Department. 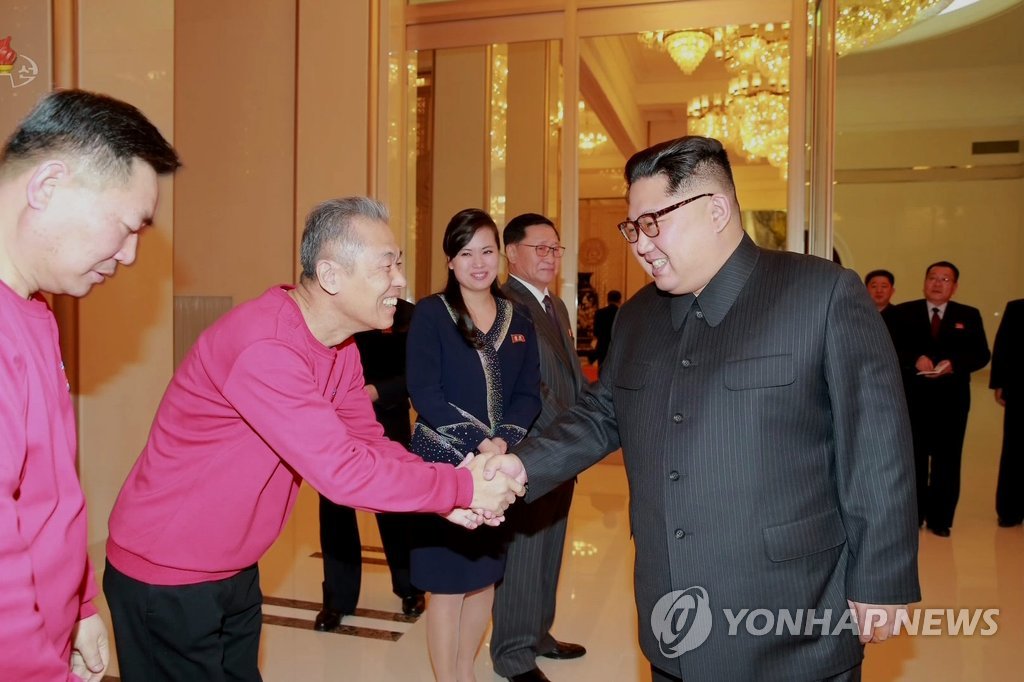