SEOUL, Oct. 7 (Yonhap) -- Rival parties clashed over hot-button issues, including the recent shooting death of a South Korean fisheries official, on Wednesday, the first day of the annual parliamentary inspection.

The National Assembly kicked off the annual inspection of the government and state agencies for a 20-day run, the first parliamentary audit since the incumbent 21st assembly's new four-year term began in late May.

The audit began as rival parties have been locked in a spat over two thorny issues -- the shooting death of the South Korea civil servant by the North Korean military in late September and the alleged extension of medical leave granted to Justice Minister Choo Mi-ae's son during his mandatory military service in 2017. 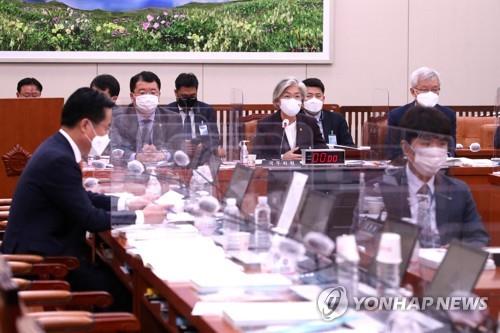 Ruling and main opposition lawmakers with the parliamentary committee on foreign affairs and unification locked horns as soon as the committee opened an inspection hearing earlier in the day.

At issue was whether the outspoken elder brother of the slain 47-year-old fisheries official should be called in to take the witness stand for the committee's inspection hearing.

The elder brother has asked the United Nations to investigate the controversial shooting death of the younger brother and volunteered to testify during the National Assembly inspection.

"It is rightful to accept the bereaved family's request to give testimony (at the assembly)," Rep. Chung Jin-suk of the main opposition People Power Party (PPP) said during the foreign affairs committee hearing earlier in the day.

Rep. Kim Young-ho of the ruling Democratic Party spurned the call, however, saying that having the elder brother testify to the incident on the foreign affairs committee would be of "little effectiveness."

Similar bickering weighed on the hearing of the agriculture and fisheries committee on the first day of its parliamentary audit.

The proceeding of the National Defence Committee's inspection hearing was temporarily paralyzed as lawmakers of the rival parties clashed and hollered at each other over the alleged preferential treatment case involving the justice minister's son. 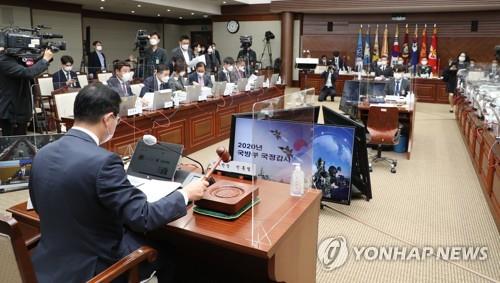 PPP lawmakers on several parliamentary committees, including the national defense committee, have sought to bring dozens of people involved in the case, including Choo's son himself, into the parliamentary inspection hearings as witnesses, only to be blocked by the ruling party.

Late last month, prosecutors handling the case cleared Choo and the son of charges that the former used her influence as the then leader of the Democratic Party in 2017 to gain the special favor from the military for her son.

Despite the vindication, the PPP has continued to take aim at the issue and put it on the table again on the first day of the parliamentary audit, with rival lawmakers on the legislation and health and welfare committees also locking horns over it.

The two hot-button issues are expected to dominate the parliamentary audit through the 20-day course to its end on Oct. 26.

Flimsy remote learning systems also came under intense scrutiny during the hearing of the Health and Welfare Committee Wednesday after most school classes took place online amid the COVID-19 pandemic. 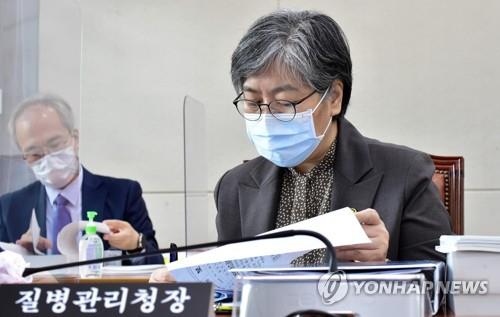 As the parliamentary inspection is conducted during the COVID-19 pandemic, some proceedings have been scheduled in videoconference format, including the Health and Welfare Committee's inspection set for Thursday.