SEOUL, Oct. 7 (Yonhap) -- North Korea has kicked off a lighting festival and other celebratory events to mark this week's founding anniversary of the ruling Workers' Party even as the impoverished nation has been struggling to fend off the coronavirus and recover from typhoon and flood damage.

Pyongyang has been trying to kick up a festive mood since early this week in an apparent display of toughness ahead of the 75th anniversary of the ruling party. This year's anniversary, one of the North's biggest national holidays, falls on Saturday.

"A lighting festival 'Wonders of Light-2020' opened here on Tuesday. Watching the festival were delegates to celebrations for the 75th founding anniversary of the Party and viewers," the Korean Central News Agency (KCNA) said Wednesday.

Large images were displayed on the walls of a department store in Pyongyang using the country's own 3D and multiplex projective technique, the KCNA said.

The KCNA added that delegates who arrived in Pyongyang on Monday to participate in the celebrations for the anniversary also visited the lighting festival.

Music concerts were held in Pyongyang and in North Pyongan Province to celebrate the anniversary on Tuesday, according to the KCNA.

North Korea tends to mark every fifth or tenth anniversary with large-scale events, such as military provocations, including missile launches, or parades of troops, newly developed strategic weapons and other military hardware.

This year, however, Pyongyang is faced with multiple challenges from its ongoing campaign against the coronavirus, the devastation caused by the recent typhoons and economic woes from global sanctions. 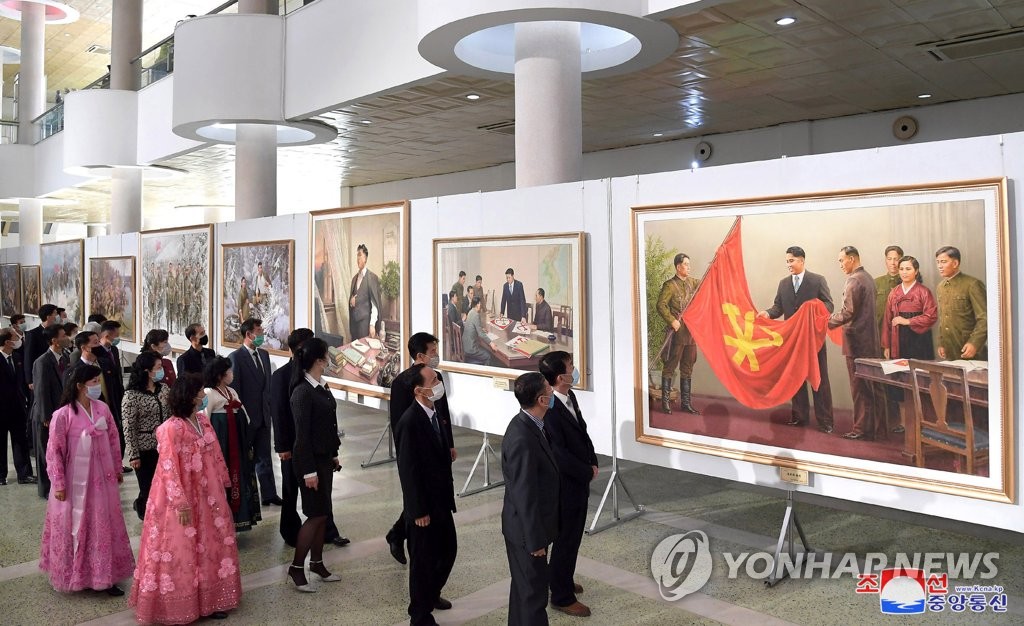