SEOUL, Oct. 8 (Yonhap) -- South Korean Trade Minister Yoo Myung-hee has made in the shortlist of two finalists in a race to become the new chief of the World Trade Organization (WTO), a news report said Thursday.

The WTO earlier said the candidates for the final round of the selection process will be announced later Thursday (Geneva time). Member states will reach a consensus on the winner in the third round of the process.

The two finalists, both women, means the Geneva-based trade body will now be led by a woman for the first time in its history, the report noted.

During the second round, each member state recommended up to two preferences. Yoo also competed with candidates from Saudi Arabia and Britain in the second round of the elimination process.

Three candidates from Mexico, Egypt and Moldova were eliminated from the list in the first round.

The selection process is based on consultation among member states rather than an election. 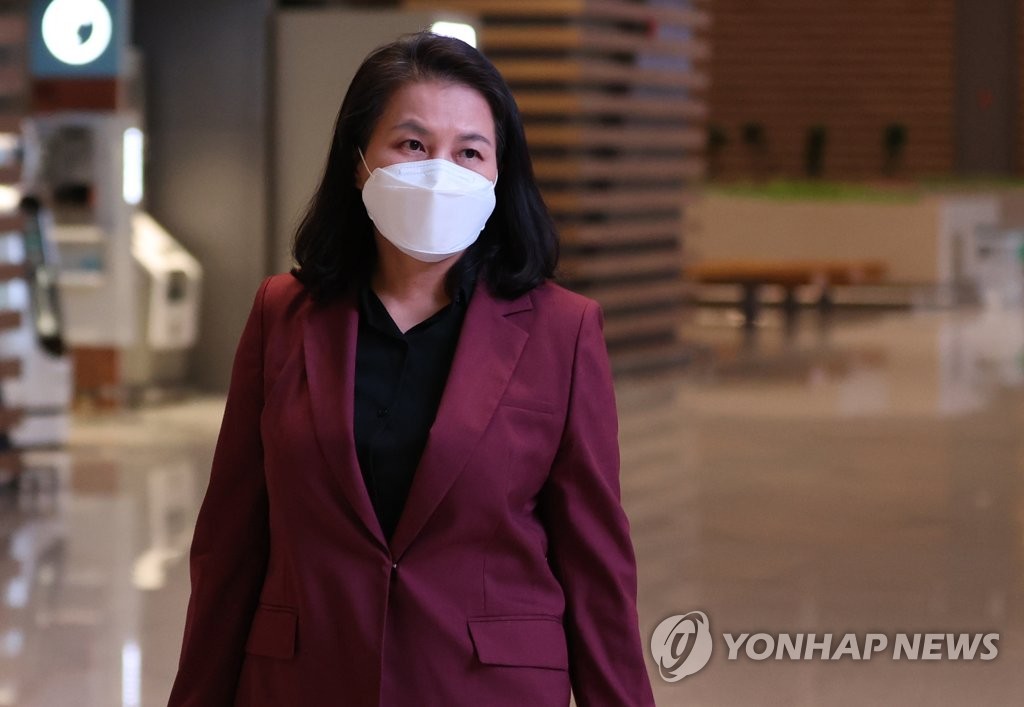 Yoo was appointed as South Korea's trade minister in February last year, becoming the country's first woman in the position in the 70-year history of the trade ministry.

South Korea's bid for the top WTO position also comes amid its growing trade row with the neighboring Japan.

Seoul and Tokyo have been at loggerheads since last year, after Japan abruptly imposed export restrictions of key industrial items against South Korea, citing security issues.

South Korea reopened its complaint at the WTO last month, as Japan has remained unresponsive to Seoul's repeated requests to lift the regulations.