Fitch's rating for South Korea has been AA-, the fourth-highest level of the agency's sovereign ratings, since 2012.

The rating agency said the COVID-19 pandemic has weighed on South Korea's economic growth and public finances, but its response to the outbreak has helped limit the deterioration of the economic situation compared with other advanced economies and "AA" peers.

The South Korean economy is expected to contract by a modest 1.1 percent this year, the agency said. Its forecast is not as sharp as the Bank of Korea's projection of a 1.3 percent retreat.

Fitch Ratings said the country's exports will keep a continued recovery, but downside risks to Asia's fourth-largest economy still linger due to the pandemic.

"Risks to the growth outlook remain tilted to the downside because of the considerable uncertainty around the spread of the virus globally and domestically in Korea," Fitch said.

The agency said the country's fiscal deficit is forecast to widen to 4.4 percent of the gross domestic product (GDP), up from a 0.6 percent shortfall in 2019, due to the country's aggressive fiscal spending.

It also forecast South Korea's government debt-to-GDP ratio to rise to 44.4 percent this year, up from 37.7 percent last year. In 2022, the ratio is likely to reach 51.1 percent.

"The higher debt burden presents some risks to Korea's public finances, given spending pressures from an ageing population," Fitch added. 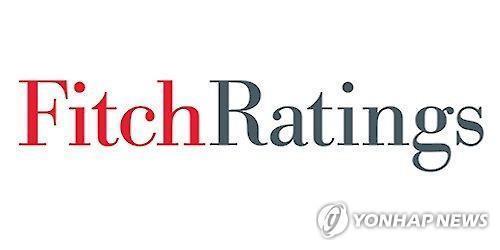