SEOUL, Oct. 7 (Yonhap) -- The South Korean government has maintained business deals with Japanese companies with war crime records despite a nationwide boycott on Japan-made goods since last year, according to a lawmaker Wednesday.

According to Rep. Jung Sung-ho of the ruling Democratic Party, the government procured 28.7 billion won (US$24.6 million) worth of products from Japanese firms with war crime histories, including Hitachi and Mitsubishi, from 2015 to August of this year.

So far this year, the proportion of Japanese goods against all state procurements from overseas stood at 13 percent, up 8 percentage points from last year.

Last year, it fell to 5.1 billion won amid a nationwide boycott on Japanese products. But the figure has rebounded to 5.7 billion won from January to August of this year. 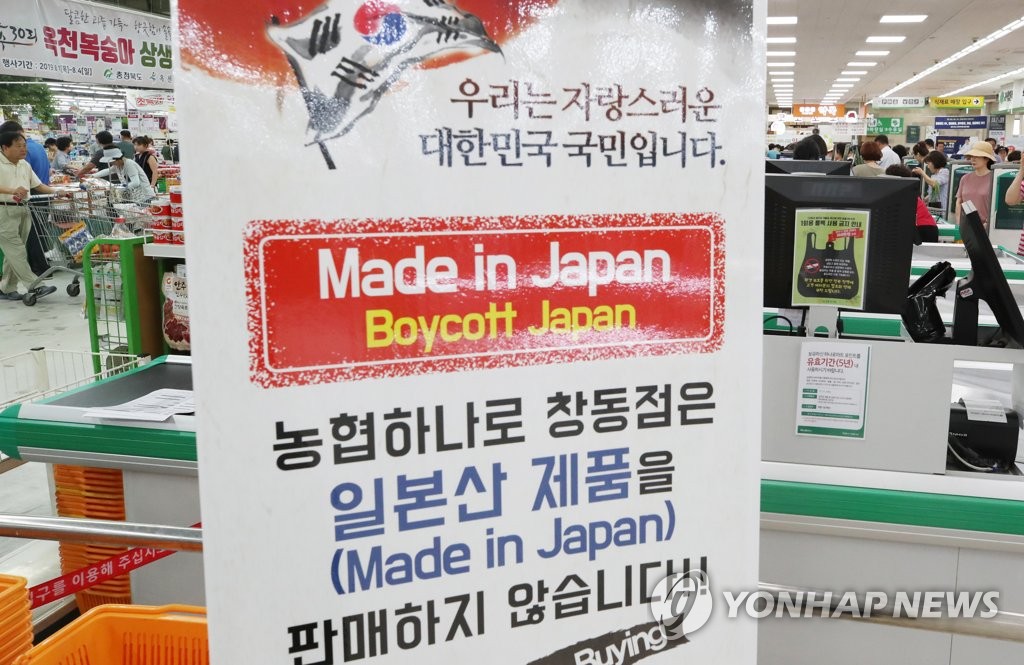 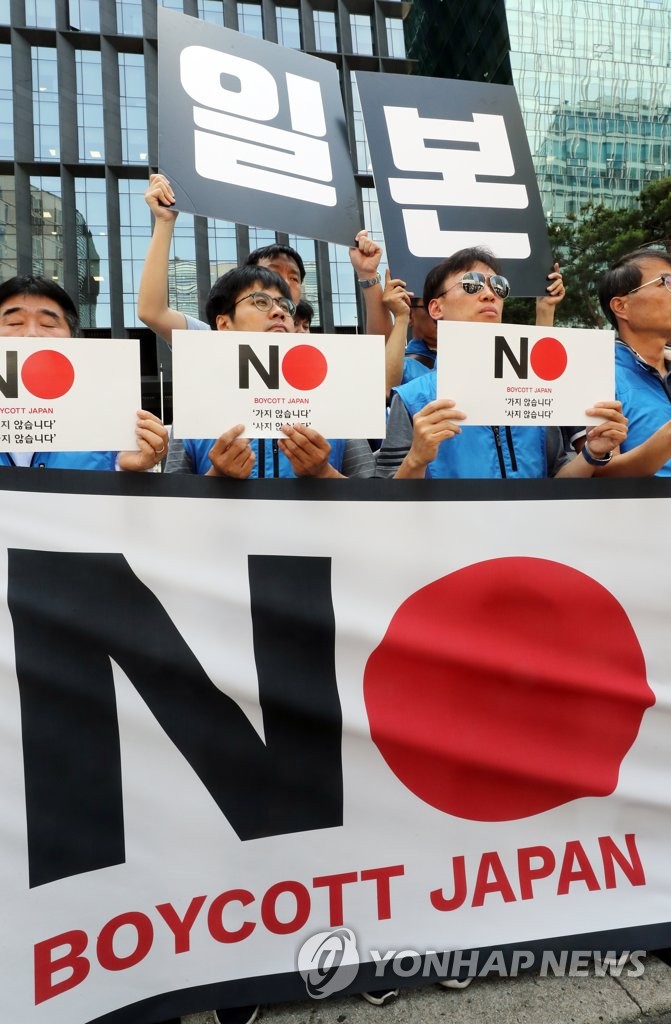 South Koreans have staged a campaign to boycott Japanese goods, ranging from beer to cars, since last summer after Tokyo removed Seoul from its list of trusted trade partners, its so-called whitelist, sparking a trade war between the two countries.

Seoul views the exclusion as retaliation for a South Korean court ruling that ordered compensation for Korean victims of Japan's forced labor during its 1910-45 colonial rule of the Korean Peninsula. But Japan has claimed the regulations were necessary because South Korea operates a lax control system on the trade of sensitive goods.

"Government purchases of products of Japanese firms involved in forced labor has increased, despite continued criticism," the lawmaker noted, saying that it is "problematic."

"The government and the private sector should work together to expedite local production of materials and equipment for which they are dependent on Japan," he added.