SEOUL, Oct. 7 (Yonhap) -- Excess funds held by South Korean households and nonprofit agencies sharply rose in the second quarter from a year earlier due mainly to the government's emergency handouts and an extended slump in private consumption amid the pandemic, the central bank said Wednesday.

Net financial funds -- the value of financial assets minus financial liabilities -- held by local households and nonprofit organizations serving households amounted to 64 trillion won (US$55 billion) in the April-June period, sharply up from 24 trillion won a year earlier, according to preliminary data by the Bank of Korea (BOK). 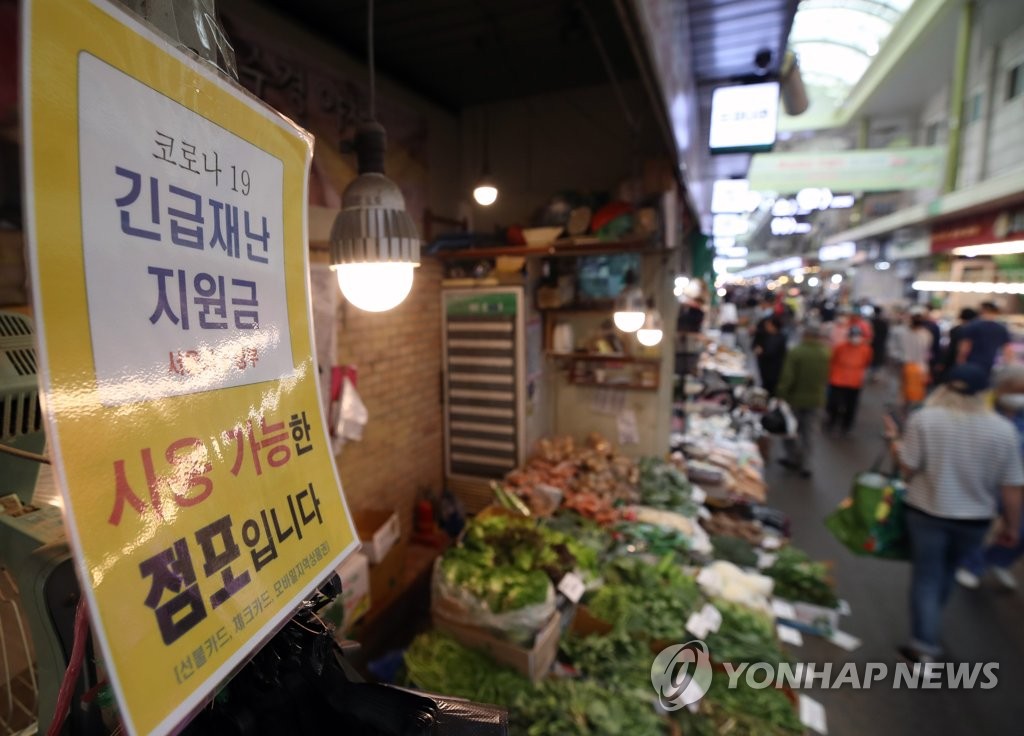 Their excess funds grew to more than 60 trillion won for the second straight quarter in the April-June period on the back of increased liquidity meant to support the economy hit by the new coronavirus outbreak.

"The excess funds expanded as the government's supply of emergency handouts raised households' income and investment in houses slowed while private consumption shrank amid the pandemic," a BOK official said.

In a one-off aid program, the government provided relief funds totaling 14.3 trillion won to all households in May to help them cope with the economic fallout of the COVID-19 outbreak.

Local companies' new borrowing expanded in the second quarter from a year earlier as their sales declined and demand for operating funds rose amid the virus outbreak, the BOK said.

Net borrowing of non-financial enterprises came to 29.1 trillion won in the second quarter, compared with 15.3 trillion won a year earlier, according to the BOK.

The government sector was also a net borrower as it increased fiscal spending in response to the pandemic. Its net borrowing reached 37.9 trillion won in the second quarter, up from 200 billion won the previous year.

Households' excess funds sharply up in Q2 amid virus outbreak

Households' excess funds sharply up in Q2 amid virus outbreak