The Heroes announced Wednesday they have handed the 18-year-old right-hander a 900 million-won (US$775,000) signing bonus. It's the largest signing bonus for a Heroes rookie, and the second-largest in Korea Baseball Organization (KBO) history.

In the KBO, all first-year players make a rookie minimum 27 million won in annual salary. 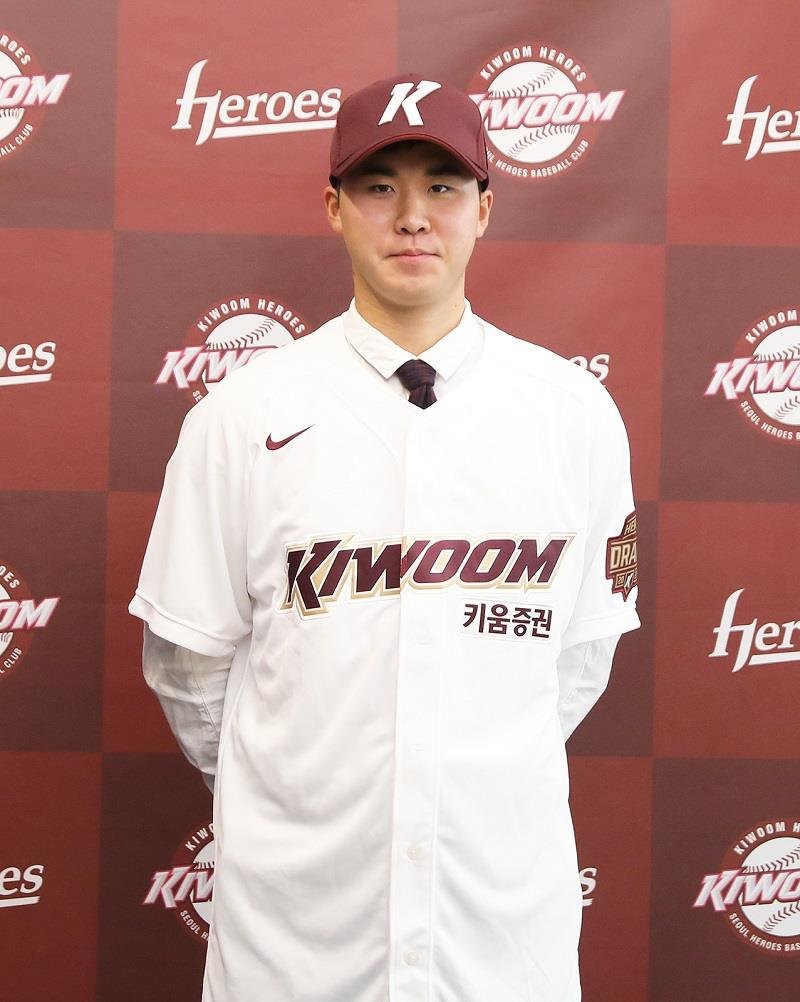 The Heroes selected Jang out of Duksoo High School in Seoul at the territorial draft on Aug. 24. Jang is the son of former Heroes' skipper Jang Jung-suk, who managed the club from 2017 to 2019.

The junior Jang has been among the hardest throwers in South Korean high school and drew some attention from major league clubs. The Heroes' scouting department said Jang's four-seam fastball has consistently sat around 150 kilometers per hour (93.2 miles per hour) and even touched 157 kph in an unofficial setting. Jang represented South Korea at last year's U-18 Baseball World Cup, organized by the World Baseball Softball Confederation.

In addition to his signature four-seam fastball, Jang also throws a slider, curve and splitter.

"I've wanted to play for this club since I was a child, and I am happy to get the deal done," Jang said in a press release by the Heroes. "It's an honor to be part of this ballclub. I never expected to sign such a huge deal. I'll try to reward the team's faith."

Jang said he won't just be trying to throw hard all the time and will instead focus on improving his command and also his mental game.

He added his primary goal for next year is to make the KBO team, rather than toil in the minors all season.

"I still have so much room for improvement," he added. "I will try to learn as much as I can." 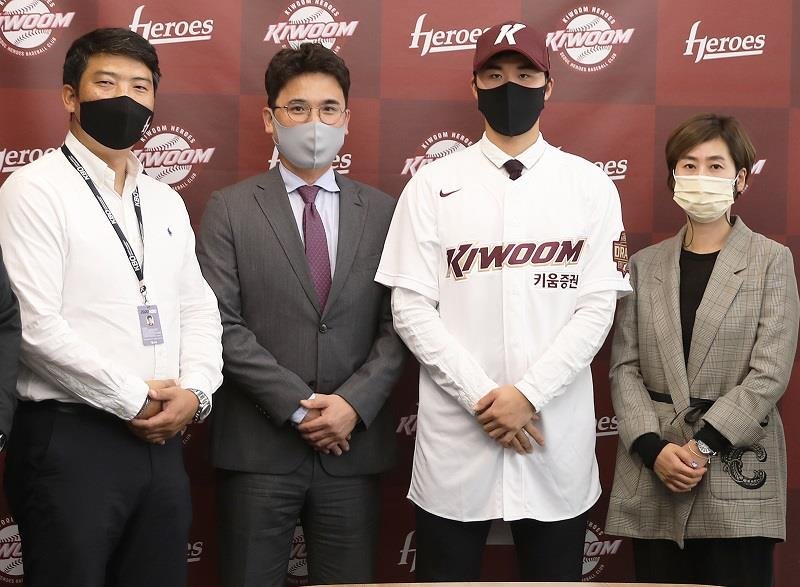